“The Wake-Up Call That I Needed”: A Stroke Survivor Changes Her Lifestyle 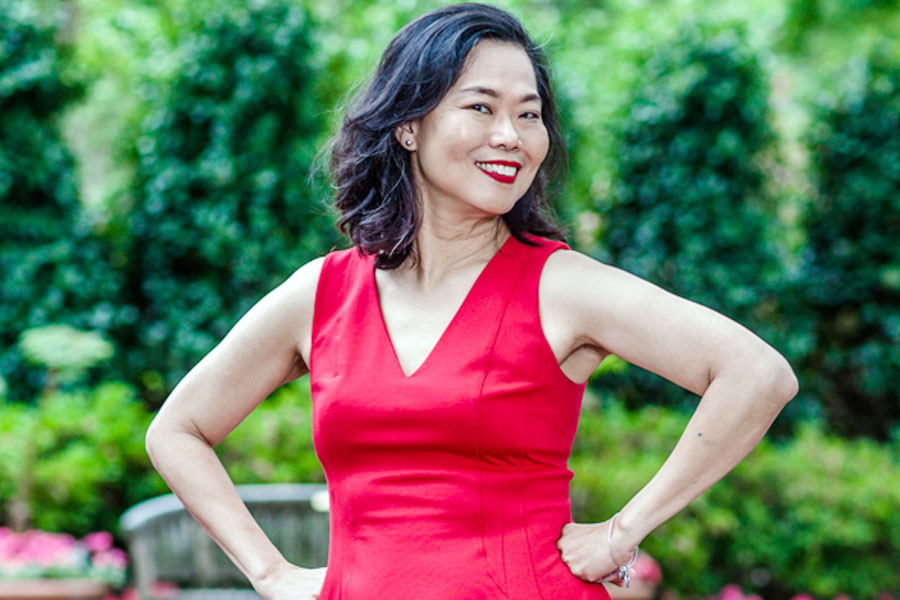 One morning in August 2010, Lilian Tsi Stielstra, of San Francisco, woke up with numbness in her left leg. At first, she thought she had slept wrong, but when the numbness spread to her left arm and then the left side of her face, she realized something more serious was going on. She called for her husband, who drove her to a hospital that was luckily a mere three blocks away.

At the hospital, doctors found a small blood clot that they suspected had caused Lilian’s stroke. But they feared she was at risk of having another stroke, so Lilian stayed at the hospital for two nights for observation. It was there that a kind but blunt neurologist gave her some advice: “He said, ‘You know, you’re 46 years old. I really shouldn’t even be seeing someone like you,’” she recalls. “‘But if you only walk 30 minutes a day, this probably won’t happen again.’”

Before her stroke, Lilian was working long hours in a stressful job. She was about 20 pounds overweight and had high blood pressure. The morning after she checked out of the hospital, Lilian started walking around her neighborhood every day. Walking for 30 minutes was a challenge at first, but she kept at it, and after a year, she decided to try jogging. Today, Lilian runs 4 to 5 miles several times a week.

“My stroke was the wake-up call I needed to make a change. I’ve since made my children aware of their risks, and I try to model positive changes so they can learn how not to have the same future as me.”

Lilian also learned to read food labels and adjusted the way she cooks for her family, swapping out certain ingredients with heart-healthy alternatives. Her father had a similar stroke when she was a child, and she makes sure to explain the reasoning behind these changes to her two children. “I make my children aware of the risk that they may have one day, because of Grandpa and now me,” she said. “I’m trying to make changes so they can learn how not to have the same future.”

Lilian shares her story as often as possible to raise awareness about the signs of stroke and stroke prevention. She tries to help people understand that lifestyle changes, including getting healthy, take time. “It takes small, incremental steps,” she said. “Rather than saying, ‘I’m going to run a marathon next week,’ how about, ‘You know, if I can walk for 30 minutes and not collapse, that’s a good thing. And then maybe next month I can walk a little bit more.’”