Stroke Survivor Raises Awareness: “I Don’t Want Anyone to Go Through What I’ve Gone Through” 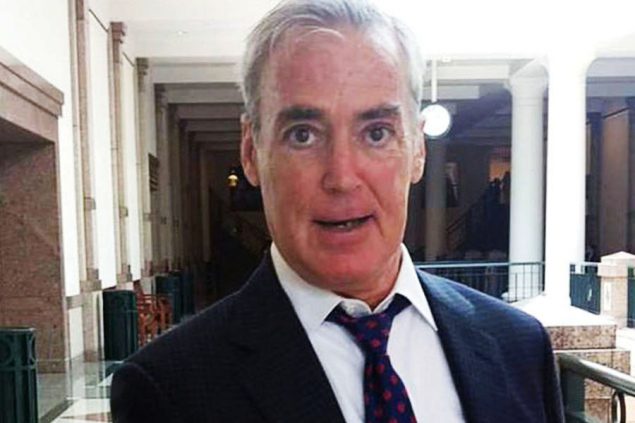 In October 2005, John Murphy of Austin, Texas, was feeling great. The 45-year-old marketing executive had completed the Chicago Marathon in 3 hours and 6 minutes. John had been so focused on the race that he ignored an unusual physical symptom—and a sign of stroke—that developed around mile 23: He went completely blind in one eye. His vision returned, but while he was out celebrating that evening, his left arm went limp. When a stranger noticed that his face was drooping, John knew something was seriously wrong.

At the emergency room, his symptoms improved, but John stayed the night as a precaution. The next day, he woke up in the intensive care unit. John says he had suffered a stroke caused by a dissection, or a tear in the wall of one of the carotid arteries (arteries that bring blood to the brain), which can block blood flow to the brain. Doctors treated him with medicine to prevent clots and considered performing a procedure to help relieve the swelling in his brain. His family feared for his life, but after several days in the intensive care unit, he was able to transfer to a rehabilitation center. Eventually, he returned home and continued therapy at an outpatient facility.

John had been an award-winning athlete in school, but as an adult, he says, “I had a love/hate relationship with being fit.” He would gain weight, start exercising rigorously, and lose the weight again. His unhealthy eating habits and a leg injury didn’t help.

“I don’t want anyone to go through what I’ve gone through. What’s so frustrating to me is realizing how preventable all of this was.”

After his stroke, John changed his diet, and he now walks 10,000 steps each day, rides a stationary bike, and lifts weights. To many people he meets, John’s physical recovery seems remarkable. But John continues to experience memory problems, as well as difficulty with vision and tasks such as sorting email and other reading materials.

What bothers him the most, however, are the memories of his heartbroken loved ones and the helplessness they felt. Today, through his volunteer work for the American Heart Association, John raises awareness about the symptoms of stroke and ways to prevent stroke. He also promotes the importance of having more grocery stores in underserved communities. His goal is to protect others, especially men, from the experience his friends and family had: “Today I’m thinking more of the wives, siblings, and children whose husband, brother, or father is on a path leading to disability from a stroke, and how telling my story one more time might scare some guys cruising along thinking they’re invincible.”