Recovering From a Stroke Can Be a Long Road, But Don’t Give Up 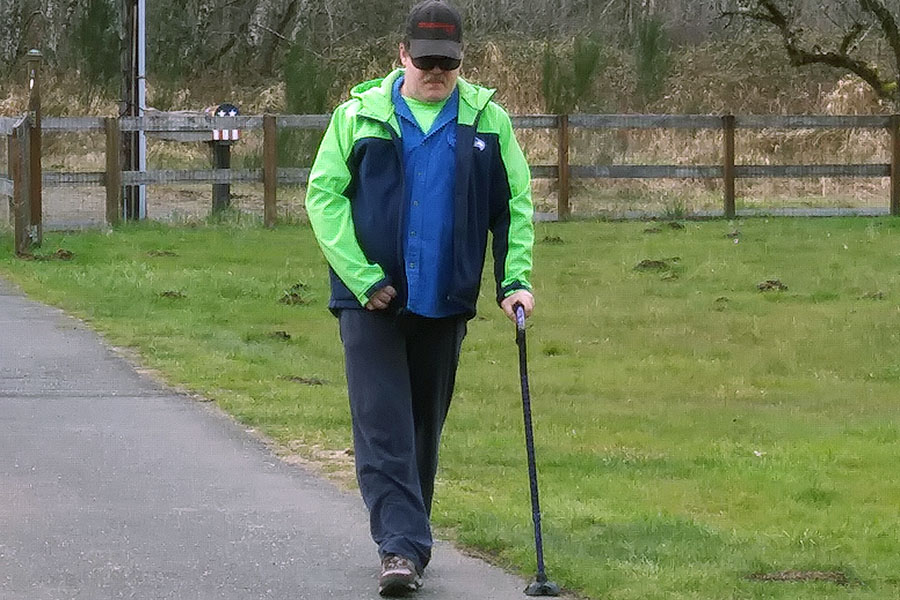 Clark Caffall’s story is told through the words of his wife, Cheree.

In August 2013, Clark Caffall, 47, and his wife, Cheree, were celebrating their 10th wedding anniversary when Clark’s speech suddenly began to slur and Cheree couldn’t understand what he was saying. The couple didn’t know what was happening. A friend drove them to the hospital, where doctors found that Clark had had an ischemic stroke. He was given a clot-dissolving medicine, called alteplase, also called t-PA, which is commonly given to patients who arrive at the hospital within 3 hours of having a stroke.

Doctors then transferred Clark to a larger hospital in a nearby town, where he spent a week in the neurologic care unit before moving to a rehabilitation center for daily physical and speech therapy sessions. “It was hard to believe what I was seeing,” Cheree said. “Clark had gone from the man I thought could do it all to a childlike version of himself.” She said Clark really worked hard in those sessions and has continued to do so. “His progress has been phenomenal,” Cheree said.

“Get those tests for cholesterol, and be aware of your family history, because it can play a part in your life more than you ever dreamed.”

Clark ate healthy and was in good physical condition before the stroke, but he also had high blood pressure and high cholesterol, which may have been a part of his family history; his grandmother passed away from a stroke. He had a physically demanding job fixing large machinery and carrying loads of heavy tools and equipment. He worked on his ranch and “was quite the gym rat,” Cheree said. Even now, Clark makes regular exercise a priority.

Today, Clark walks with a slight limp in his right leg. He can’t use his right arm but is determined to regain its use. His cognitive skills continue to improve, although he is still challenged by aphasia, a language disorder that robbed him of his ability to speak like he used to. Clark’s ongoing therapy includes doing sudoku, word puzzles, and math and language programs on an electronic tablet.

Cheree and Clark encourage others to be proactive about their health. Before his stroke, Clark was aware that he had high blood pressure but not that he also had high cholesterol. He and Cheree urge everyone to get annual physicals and regular blood pressure and cholesterol screenings. “Clark has always been determined,” Cheree said. “He’s had an effect on a lot of our friends because of his perseverance. He’s a driven person, which is a huge part of why he is where he is today.”