The CDC’s Let’s Stop HIV Together campaign provides critical tools to empower individuals, communities, partners on the ground, and health care providers to promote HIV testing, prevention and treatment, as well as promote reducing stigma among all Americans, which closely aligns with the EHE initiative goals. Recognizing the opportunity to amplify these complementary efforts, the Let’s Stop HIV Together campaign will now include EHE branding. 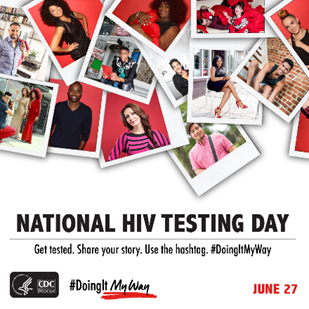 Doing It My Way (Haciéndolo A Mi Manera), the social media campaign developed for National HIV Testing Day, won a Berreth Award from the National Public Health Information Coalition (NPHIC)external icon. Through the use of the hashtag

#DoingItMyWayexternal icon and #HaciéndoloAMiManera, thousands shared stories about the ways they make HIV testing part of their lives—on their terms and in their way. In its inaugural year, Doing It My Way garnered more than 24 million social and digital media impressions.

The Berreth Award honors excellence and reflects the best of public health communication initiatives. Read more about the awardexternal icon. 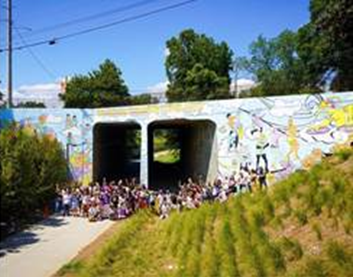 During the summer of 2019, staff working on CDC’s Start Talking. Stop HIV. effort, which aims to reach gay and bisexual men with HIV prevention messages, provided technical assistance to an organization called Living Walls. The goal of the project was to encourage conversations about HIV in Atlanta through a series of events that were led by Atlanta-based artists, scholars, activists, and LGBTQ+ organizations.

These events were so popular that the organization utilized the series as inspiration to make a mural on their own. Five Atlanta-based artists that had been impacted by HIV were commissioned by Living Walls to paint the mural, and more than 100 people celebrated its unveiling on August 31. The mural was nominated for and won a POZ award from POZ Magazine in the category of “Best in Performing and Visual Arts.”

The submission titled, Transformation Tunnel, highlights a colorful outdoor mural proclaiming “We Are All Thriving with HIV!” on an overpass of a popular urban walking trail called the Westside Beltline in historic southwest Atlanta. Learn more about the POZ Awardsexternal icon.

Are you looking for content to promote HIV prevention, testing, treatment, and anti-stigma messaging to your social media audiences? Let’s Stop HIV Together launched a new online social media toolkit.  The social media toolkit contains sample images and text that you can use on Facebook, Instagram, or Twitter. It is updated every few months, so check back often for new content.

Additionally, we encourage you to bookmark and follow these digital resources: 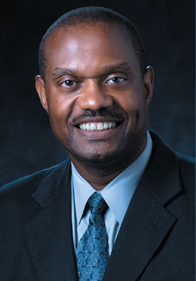 After 34 years of federal service, Division of HIV/AIDS Prevention (DHAP) Director, Dr. Eugene McCray, has decided to retire in August 2020. Dr. McCray will continue to play a key leadership role for CDC in implementing the Ending the HIV Epidemic (EHE) Initiative for the remainder of his time in DHAP.

Dr. McCray’s work on HIV and TB, as well as his unwavering commitment to the health of underserved communities, will have a lasting effect on efforts to improve the health of people across the globe. From Pre-exposure prophylaxis (PrEP) to Treatment as Prevention (TasP), there have been many advances in HIV prevention and treatment during his tenure.  After leaving CDC, Dr. McCray will continue working in HIV prevention through volunteer work and service to his community.

Updated clinical PrEP FAQs that include Descovy prescribing information are now online.  The updated FAQs also include information about Ready, Set, PrEPexternal icon as a resource for patients. Ready, Set, PrEP is a new nationwide program led by the U.S. Department of Health and Human Services that provides, at no cost, PrEP to thousands of individuals who qualify. 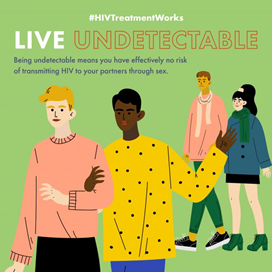 The Let’s Stop HIV Together team sought and received support from HHS through the Minority HIV/AIDS Fund to amplify the latest evidence about the prevention benefits of HIV treatment. By taking HIV medicine as prescribed, people with HIV (PWH) can become undetectable, meaning the amount of HIV (viral load) in the body is so low a test cannot detect it. Getting and keeping an undetectable viral load is the best thing PWH can do to stay healthy, and it helps prevent HIV transmission through sex or syringe sharing, and from mother to child. This is sometimes referred to as treatment as prevention (TasP). Recently developed TasP materials are available for consumers, partners, and providers, including digital and print materials, social media assets, a CMEexternal icon, and an HIV: Journey to Undetectable video. Additional resources will be available soon. 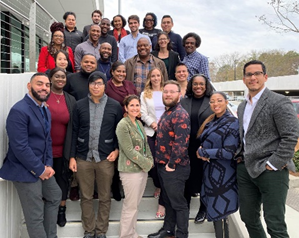 The 2020 Let’s Stop HIV Together Ambassador Program has officially launched. The Ambassador Program consists of 20 community leaders tasked with expanding the reach and influence of HIV prevention campaigns and other CDC resources at the local level through community engagement events and social media promotion. The program focuses on reaching populations highly impacted by HIV and aligns with jurisdictions identified in the Ending the HIV Epidemic (EHE) Initiative.

NBJC in Action: Teaming Up with CDC to Help Communities Hardest Hit by HIV

NBJC is in a funded partnership with CDC  through Partnering and Communicating Together (PACT). Every month, in its e-blast, NBJC includes Let’s Stop HIV Together messaging and highlights upcoming awareness days. NBJC often uses messaging and materials from the Start Talking. Stop HIV. and Doing It campaigns to spark these critical conversations in the community.  “Doing It, in name and spirit, speaks to the cultural nuances of having this conversation in black communities,” shares David Johns, Executive Director.  The Start Talking. Stop HIV. campaign closely aligns with NBJC’s efforts to reduce HIV stigma.

PACT members ASPIRA and LULAC will be attending the Time to Thrive Conferenceexternal icon, February 14–16, 2020, in Washington, DC. Time to Thrive is hosted by the Human Rights Campaign Foundation in partnership with the National Education Association and the American Counseling Association. It is “the annual national conference to promote safety, inclusion, and well-being for LGBTQ youth.” 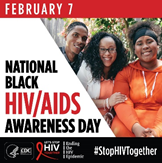 National Black HIV/AIDS Awareness Day is observed each year on February 7th with the goal of increasing HIV education, testing, community involvement, and treatment among black communities. This year’s NBHAAD theme, “We’re in This Together,” highlighted the messages of the Let’s Stop HIV Together campaign.  Partners and organizations can continue to use the theme as an anchor phrase to highlight ways to reduce HIV stigma, increase HIV testing, and discuss treatment and prevention options within the black community.

March 10- National Women and Girls HIV/AIDS Awareness Day
National Women and Girls HIV/AIDS Awareness Day, sponsored by the Office of Women’s Healthexternal icon of the Department of Health and Human Services, is observed each year on March 10. The goals are to raise awareness about the need for all women, especially pregnant women, to be tested and treated for HIV. Find resources to help promote your activities.

March 20- National Native HIV/AIDS Awareness Day
National Native HIV/AIDS Awareness Day is observed each year on March 20. This day is an opportunity for people across the United States to learn about HIV, the need for HIV testing among Native Americans, and ways that everyone can help decrease the stigma associated with HIV in their own communities.

As the events approach, check our Awareness Day page to find resources to help promote your activities.