Although the geographic range of St. Louis encephalitis (SLE) virus extends from Canada to Argentina, human cases have almost exclusively occurred in the United States. Most cases have occurred in Eastern and Central states, where episodic urban-centered outbreaks have recurred since the 1930s. However, in more recent years sporadic cases and outbreaks have occurred in the Southwest. In the United States, the annual number of reported SLE virus neuroinvasive disease cases can fluctuate widely, as a result of periodic epidemics. In temperate areas of the United States, SLE disease cases occur primarily in the late summer or early fall. In Southern states, where the climate is milder, cases can occur year-round.

SLE is a nationally notifiable condition. To ensure standardized reporting across the country, CDC recommends that the national surveillance case definition be consistently applied by all state health departments.

All residents of and visitors to areas where SLE virus activity has been identified are at risk of SLE virus infection, particularly people who engage in outdoor work and recreational activities and those living in low-income areas. 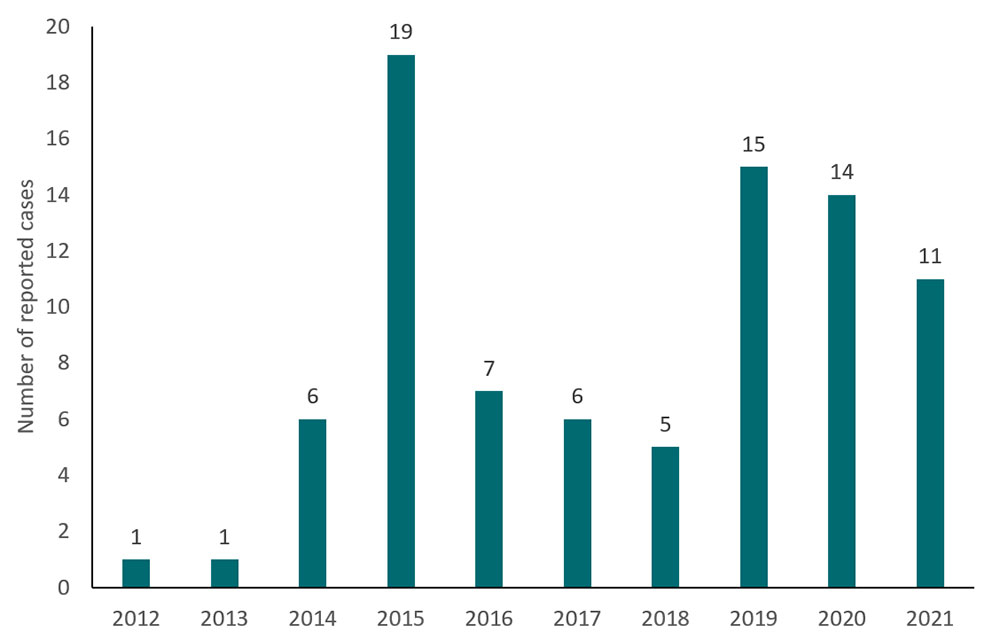 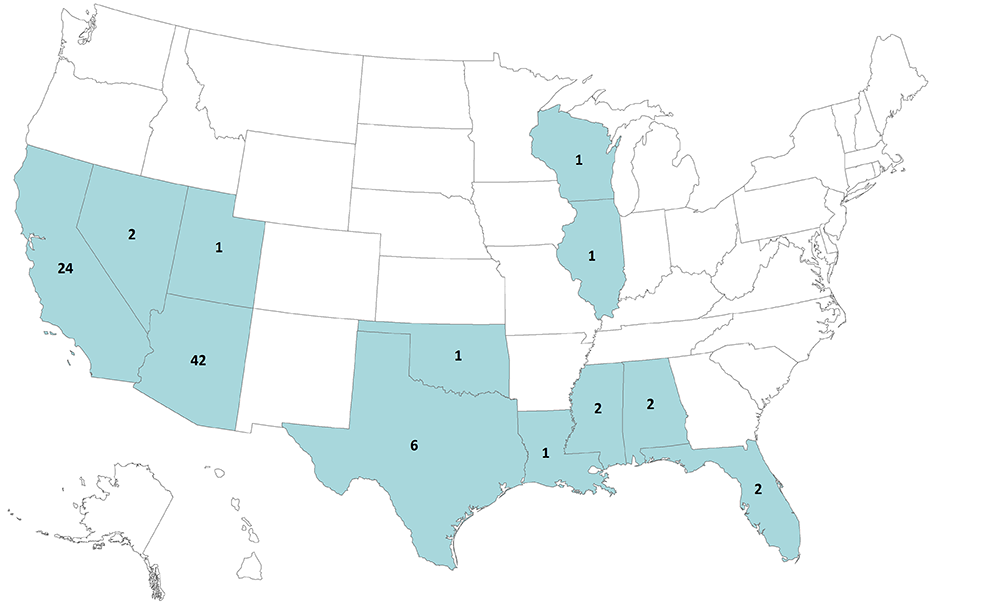 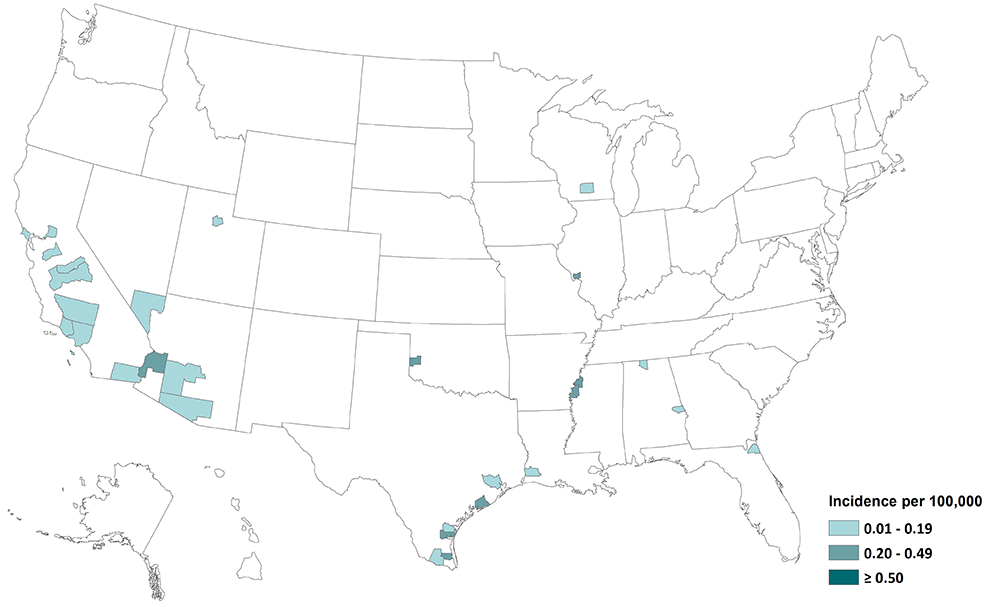 Data table: This map shows the distribution of St. Louis encephalitis virus neuroinvasive disease average annual incidence by county of residence from 2012 through 2021. Counties are shaded according to incidences ranging from less than 0.20, 0.20 to 0.49, and greater than 0.50 per 100,000 population. Shaded counties are primarily in southwestern and southern states.