This outbreak appears to be over. However, recalled dried coconut products have a long shelf life and may still be in people’s homes. Consumers unaware of the recall could continue to eat these products and potentially get sick. Read the Recall and Advice to Consumers and Retailers.

People infected with the outbreak strain of Salmonella Typhimurium, by date of illness onset* 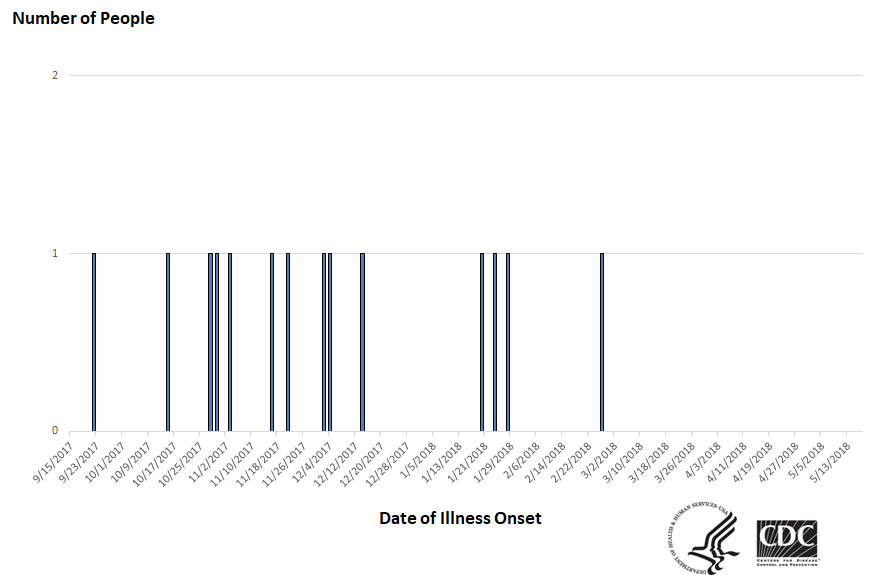 *n=14 for whom information was reported as of May 17, 2018. Some illness onset dates have been estimated from other reported information.

People infected with the outbreak strain of Salmonella Typhimurium, by date of illness onset* 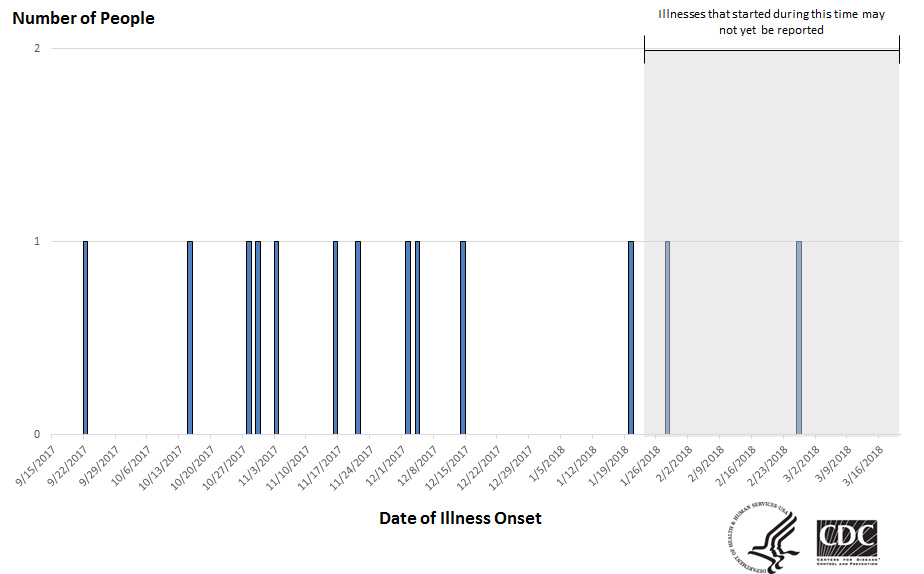 *n=13 for whom information was reported as of March 20, 2018. Some illness onset dates have been estimated from other reported information.

Illnesses that started after January 25, 2018, might not yet be reported due to the time it takes between when a person becomes ill and when the illness is reported.