This outbreak appears to be over. People should always handle and cook turkey safely. Get CDC’s tips to prevent foodborne illness from turkey.

People infected with the outbreak strain of Salmonella Schwarzengrund, by date of illness onset* 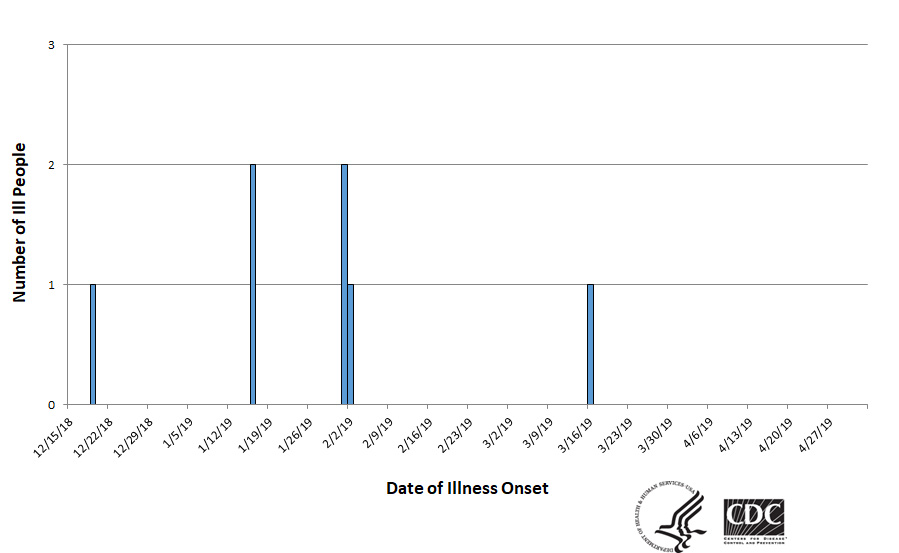 *n=7 for whom information was reported as of May 3, 2019. Some illness onset dates have been estimated from other reported information.

People infected with the outbreak strain of Salmonella Schwarzengrund, by date of illness onset* 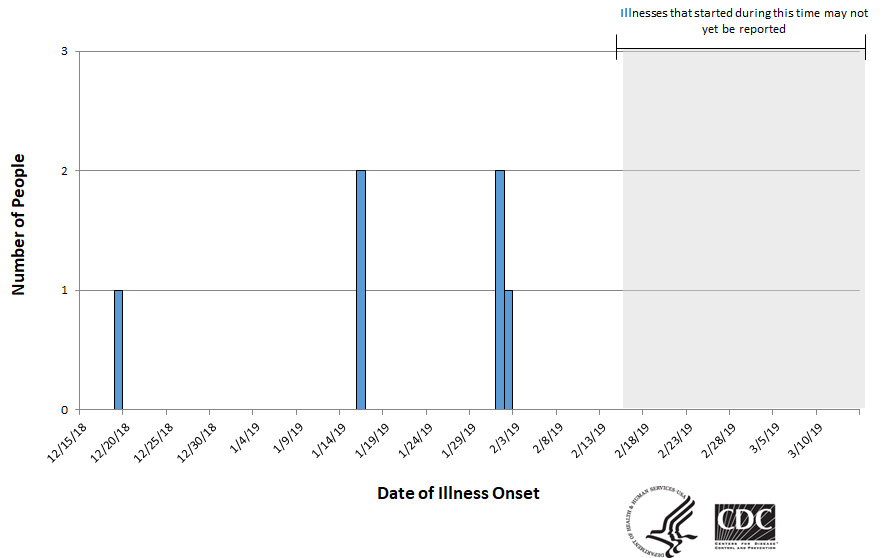 *n=6 for whom information was reported as of March 14, 2019. Some illness onset dates have been estimated from other reported information.

Illnesses that started after February 16, 2019 might not yet be reported due to the time it takes between when a person becomes ill and when the illness is reported. This takes an average of 2 to 4 weeks.