People infected with the outbreak strain of Salmonella Paratyphi B variant L(+) tartrate(+), by date of illness onset*

People infected with the outbreak strain of Salmonella Paratyphi B variant L(+) tartrate (+), by date of illness onset* 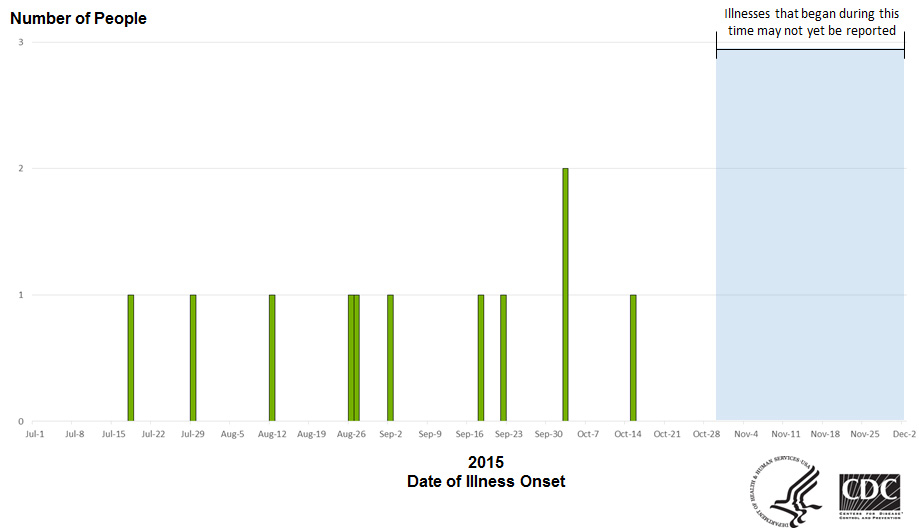 Illnesses that occurred after October 30, 2015 might not yet be reported due to the time it takes between when a person becomes ill and when the illness is reported. This takes an average of 2 to 4 weeks.