This outbreak investigation is over. Always wash your hands after touching pet turtles or their environments. Read more about how to stay healthy around turtles. 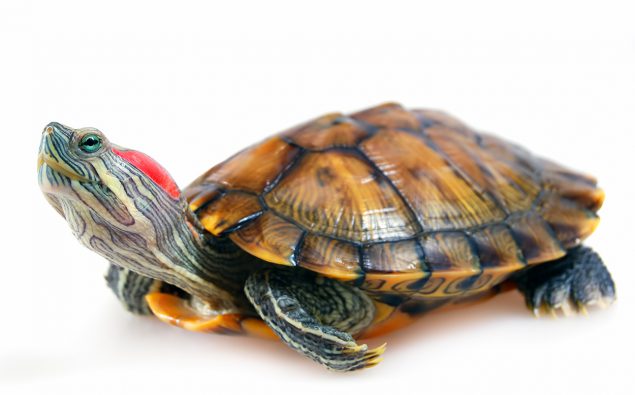 Turtles can carry Salmonella germs in their droppings, even while looking healthy and clean. These germs can easily spread to their bodies, tank water, and habitats. People can get sick after they touch a turtle or anything in their habitats.

People who own or come in contact with turtles should take steps to stay healthy around their pet:

A total of 26 people infected with the outbreak strain of Salmonella Oranienburg were reported from 14 states. A list of the states and the number of cases in each can be found on the Map of Reported Cases page.

Illnesses started on dates ranging from May 29, 2019, to October 31, 2019. Ill people range in age from less than 1 year to 80 years, with a median age of 25. Seventy-three percent of ill people were female. Of 24 ill people with information available, 8 hospitalizations were reported. No deaths were reported.

Epidemiologic, laboratory, and traceback evidence indicate that contact with pet turtles was the likely source of this outbreak.

Ill people reported buying pet turtles from pet stores or receiving them as a gift. Among the 10 people who remembered where they purchased their turtle, all 10 reported purchasing or having contact with turtles purchased from various Petco stores. CDC has made Petco aware of the investigation and is working with the company to update their educational materials for customers who purchase pet turtles.

Among 11 people who knew the size of the turtle, 9 reported contact with a turtle that was four inches or larger. Previous Salmonella outbreaks have been linked to turtles with a shell length less than four inches. Due to the increased risk of Salmonella illness  linked with these small turtles, the U.S. Food and Drug Administration banned the sale and distributionexternal icon of turtles with shells less than four inches long as pets.

Regardless of where turtles are purchased or their size, turtles can carry Salmonella germs that can make people sick. Pet stores should provide information about Salmonella to customers and pet owners should always follow steps to stay healthy around their pet.

As of January 9, 2020, this outbreak investigation is over.