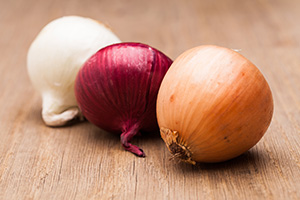 A total of 1,127 people infected with the outbreak strain of Salmonella Newport were reported from 48 states. A list of the states and the number of cases in each can be found on the Map of Reported Cases page.

Illnesses started on dates ranging from June 19, 2020, to September 11, 2020 . Ill people ranged in age from less than 1 to 102 years, with a median age of 41. Fifty-eight percent of ill people were female. Of 705 ill people with information available, 167 people were hospitalized. No deaths were reported.

Epidemiologic and traceback evidence showed that red onions from Thomson International Inc. were the likely source of this outbreak. Other onion types (such as white, yellow, or sweet yellow) were also likely to be contaminated because the onions were grown and harvested together.

In interviews, ill people answered questions about the foods they ate and other exposures in the week before they became ill. Ninety-one percent of people reported eating onions or foods likely containing onions in the week before their illness started. Of the 208 people who were asked what types of onions they ate, 137 (66%) ate red onions, 130 (63%) ate white onions, and 110 (53%) ate yellow onions. Most ill people reported eating more than one type of onion.

The Public Health Agency of Canada (PHAC) and The Canadian Food Inspection Agency (CFIA) also investigated an outbreak of Salmonella Newport infections in Canada that was related genetically by WGS to the U.S. outbreak. Their investigationexternal icon identified red onions from Thomson International Inc. as the likely source of their outbreak.

On August 1, 2020, Thomson International Inc. recalledexternal icon all red, yellow, white, and sweet yellow onions because they may be contaminated with Salmonella. Other companies also recalled onions or foods made with recalled onions. See the full list of recalled products. Consumers, restaurants, and retailers should not eat, serve, or sell recalled onions and products.

As of October 8, 2020, this outbreak appears to be over. FDA is continuing their investigation to find the root cause of this outbreak.