This outbreak appears to be over. Regardless of where they are served or sold, raw and lightly cooked sprouts are a known source of foodborne illness. CDC recommends that consumers, restaurants, and other retailers always follow food safety practices to avoid illness from eating sprouts. 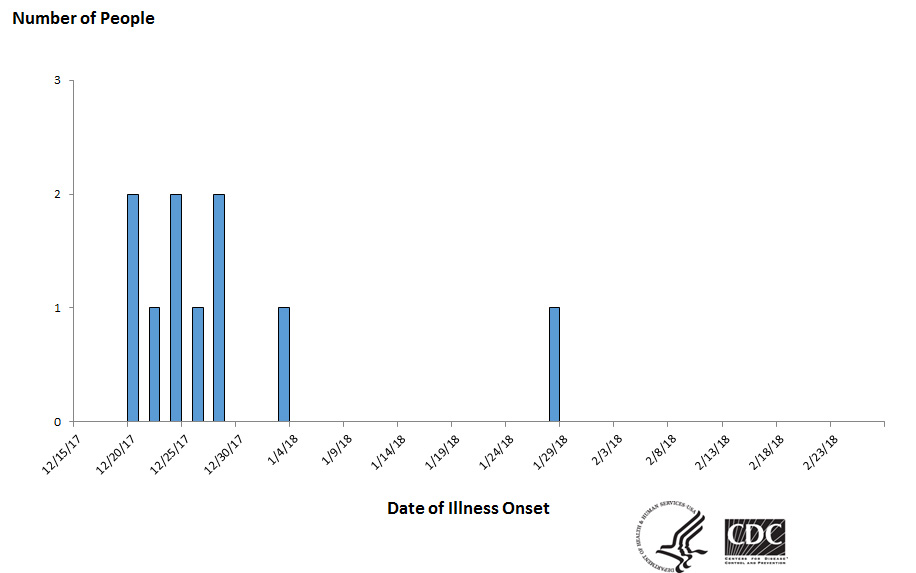 *n=10 for whom information was reported as of February 27, 2018. Some illness onset dates have been estimated from other reported information. 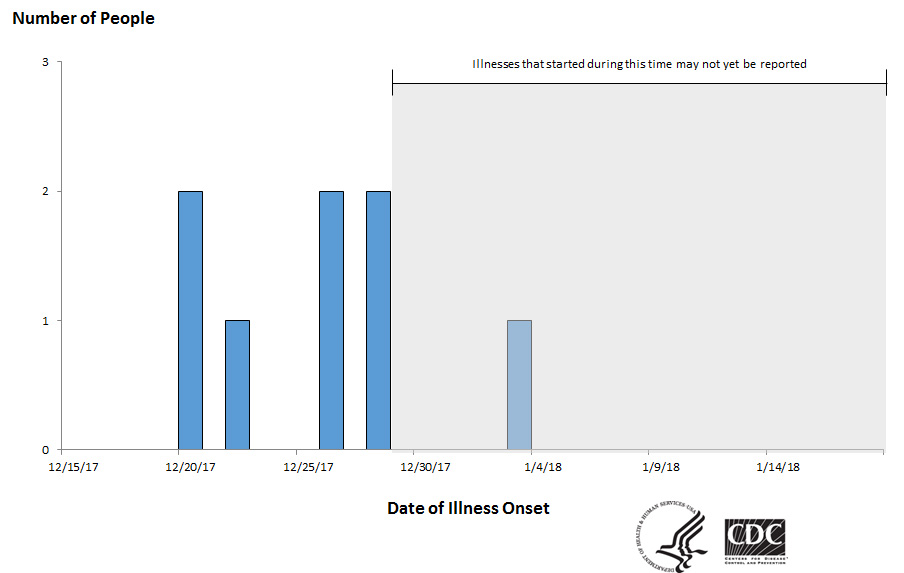 *n=8 for whom information was reported as of January 18, 2018. Some illness onset dates have been estimated from other reported information.

Illnesses that started after December 29, 2017 might not yet be reported due to the time it takes between when a person becomes ill and when the illness is reported. This takes an average of 2 to 4 weeks.