These investigations are over. However, live poultry, including those kept in backyard flocks, remain an important cause of human Salmonella infections in the United States. More information about Salmonella from live poultry and the steps people can take to reduce their risk of infection is available.

Persons infected with the outbreak strains of Salmonella Enteritidis, Hadar, Indiana, Muenchen, or Muenster, by month of illness onset* 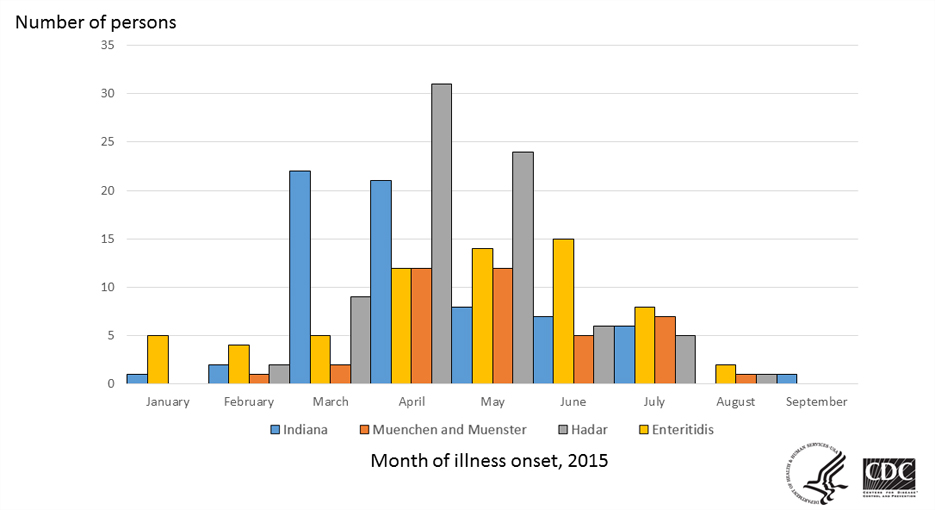 *n=251 for whom information was available as of September 23, 2015. Some illness onset dates have been estimated from other reported information.

Persons infected with the outbreak strains of Salmonella Enteritidis, Hadar, Indiana, Muenchen, or Muenster, by date of illness onset* 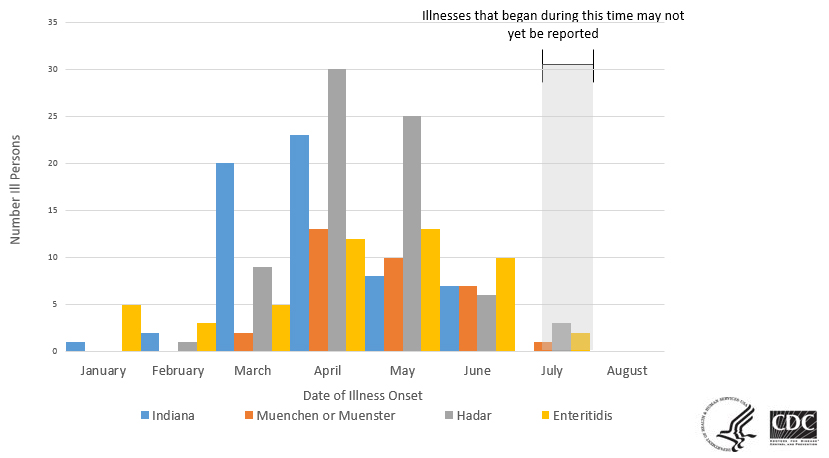 People infected with the outbreak strains of Salmonella Enteritidis, Hadar, Indiana, or Muenchen, by date of illness onset* 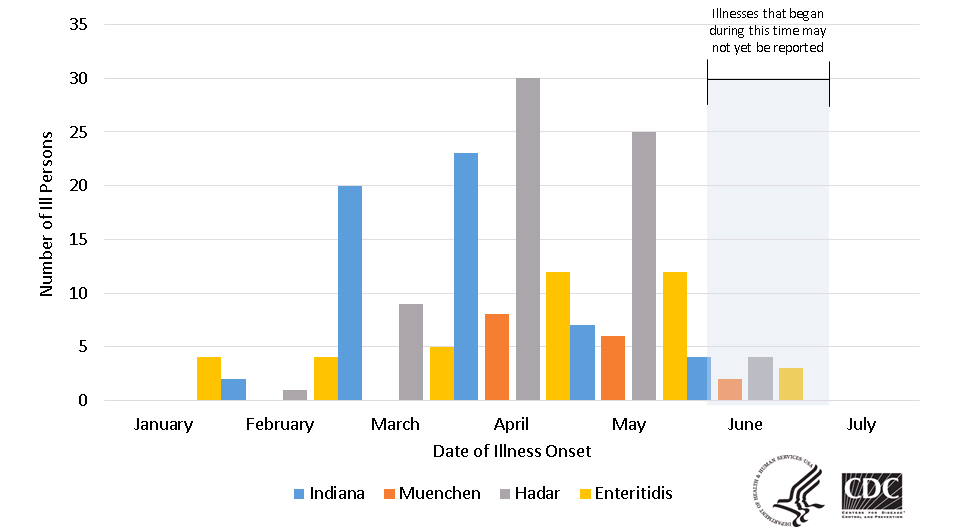 *n=181 for whom information was reported as of June 29, 2015. Illnesses that occurred after June 1, 2015, might not yet be reported due to the time it takes between when a person becomes ill and when the illness is reported. This takes an average of 2 to 4 weeks.