This outbreak appears to be over. However, Salmonella is an important cause of human illness in the United States. More information about Salmonella, and steps people can take to reduce their risk of infection, can be found on the CDC Salmonella Web Page and the CDC Vital Signs Web Page. 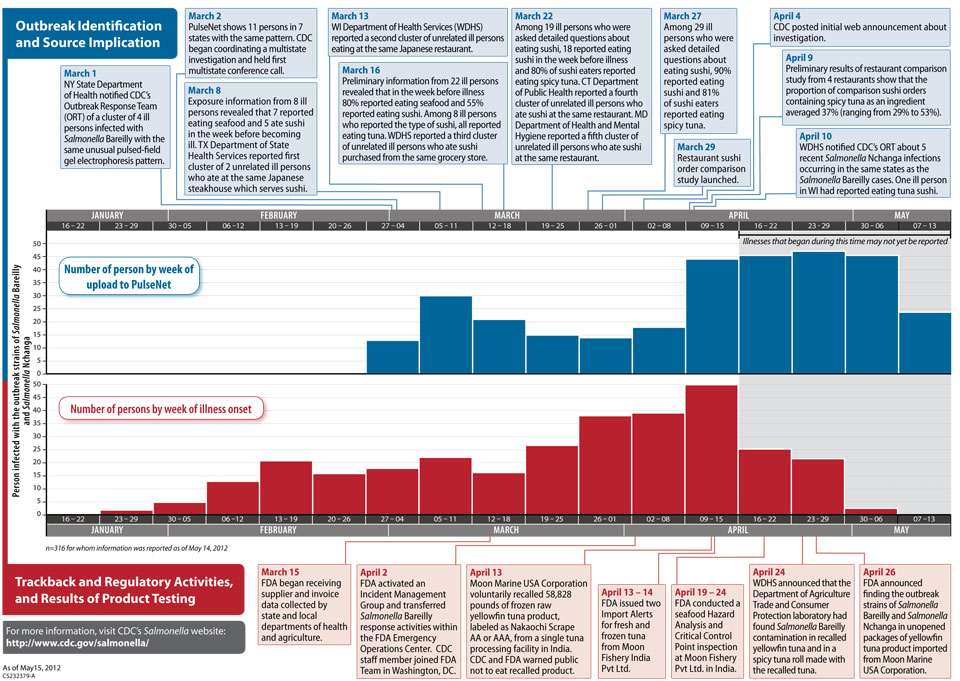 April 9, 2012: Preliminary results of restaurant comparison study from 4 restaurants show that the proportion of comparison sushi orders containing spicy tuna as an ingredient averaged 37% (ranging from 29% to 53%).

April 24, 2012: WDHS announced that the Department of Agriculture Trade and Consumer Protection laboratory had found Salmonella Bareilly contamination in recalled yellowfin tuna and in a spicy tuna roll made with the recalled tuna.