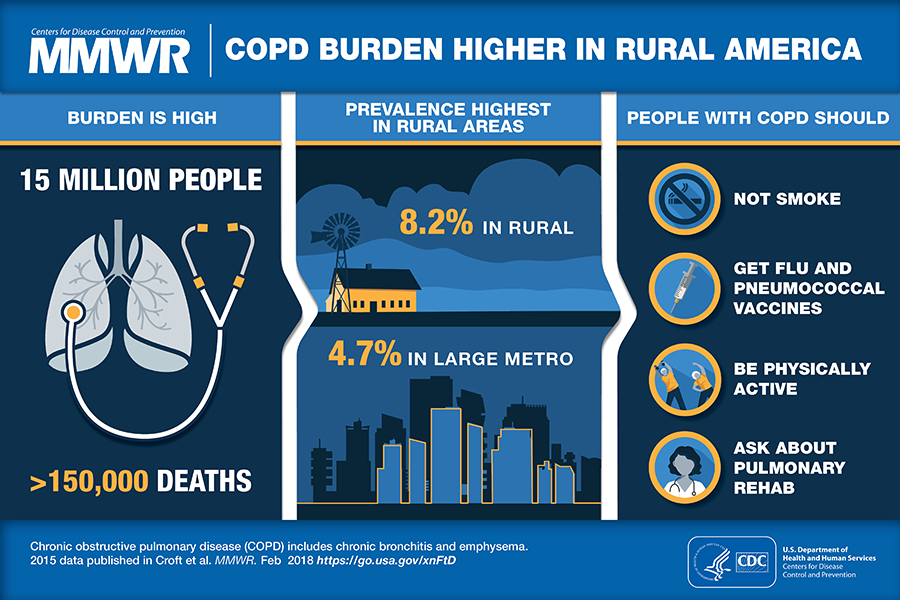 In 2015, according to data released in CDC’s Morbidity and Mortality Weekly Report (MMWR)1, rural US residents experienced higher rates of COPD prevalence, COPD-related Medicare-covered hospitalizations, and deaths than residents living in more urban counties (those with populations of at least 10,000 people): The percentage of adults in rural areas diagnosed with COPD has nearly double the percentage in large metropolitan areas.