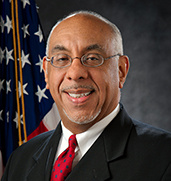 Samuel Taveras, MEd, MPH, is the director of the Office of Island Affairs in CDC’s Center for State, Tribal, Local, and Territorial Support. As director, Mr. Taveras leads a team that provides leadership for public health strategies, policies, programs, and systems improvements in the US territories and freely associated states. The team supports partnerships and manages technical assistance to improve public health. The team accomplishes this by working across CDC and collaborating and consulting with governments and federal agencies in these territories and freely associated states.

Mr. Taveras has been with CDC for 30 years and has worked in public health for nearly 36 years. He began his public health career as a health educator and counselor at a local health department in Miami, Florida. He served as a senior state representative for HIV/AIDS prevention services in South Florida and as the health center administrator for the Dade County Family Medical Center. At CDC, he held branch chief positions in several CDC divisions, including the Division of HIV/AIDS and the Division of Partnerships and Strategic Alliances. He also served as team leader for national capacity building assistance projects and for HIV/AIDS prevention services across the country. He served in the role of project officer for community-based organizations; city, territorial, and state health departments; and national and regional minority organizations. Prior to his public health work, he worked at the University of Massachusetts as an educator, student advisor, and residence hall director.

Learn more about CSTLTS and its leaders