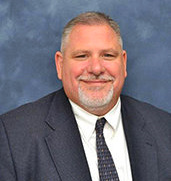 Russ Cantrell, MPA, serves as the director of the Division of Performance Improvement and Field Services in CDC’s Center for State, Tribal, Local, and Territorial Support (CSTLTS). Mr. Cantrell oversees the division’s planning, assessment, and evaluation activities, which help identify improvement opportunities in public health agency and systems structure, operations, and performance. He leads teams that advance the professional development and capability of the public health workforce. In addition, Mr. Cantrell guides work to develop and disseminate evidence of successful agency and system improvement strategies.

Previously, Mr. Cantrell was the acting director of the Public Health Associate Program (PHAP). He provided oversight and direction for the planning and development of a national workforce program consisting of approximately 300 public health associates. These entry-level career professionals serve in state, tribal, local, and territorial public health agencies; community-based organizations; public health institutes and associations; academic institutions; and federal quarantine stations across the majority of states, select territories, and the District of Columbia.

In addition to his role as acting director, Mr. Cantrell served as deputy director of PHAP and the lead for its Program Management Team. In these roles, he oversaw the day-to-day operations of PHAP and was the principal advisor on program operations, procurement, travel, and budget.

Before coming to CSTLTS, Mr. Cantrell was the associate director for management and operations in the Division of STD Prevention (DSTDP), part of CDC’s National Center for HIV, Viral Hepatitis, STD, and TB Prevention. There he managed the day-to-day operations of the division, which included approximately 300 employees and a $150 million budget.

Mr. Cantrell began working at CDC in 1992 as a public health advisor, first in Fort Lauderdale, Florida, and later in Greenville and Jackson, Mississippi. He was promoted as a front-line supervisor while serving in Baltimore, Maryland. In 1999, he moved to Atlanta to serve as a project officer in the Division of HIV/AIDS Prevention. Later, Mr. Cantrell worked in the same position in DSTDP. He then went out to the field as the senior public health advisor for the State of Georgia. In 2010, he returned to CDC headquarters as the deputy branch chief in DSTDP’s Laboratory Research and Reference Branch.

Mr. Cantrell earned a master’s in public administration from the University of Mississippi and a bachelor’s degree from Delta State University.

Learn more about CSTLTS and its leaders