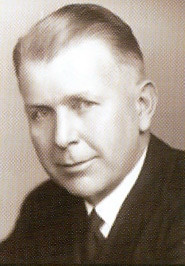 At the age of 88, my grandfather, James H. Wallace, composed a brief record of his life that included his experiences during the 1918 pandemic. He was born (1894) and raised in Sandwich, Illinois. Following high school, he studied at Oberlin College for two years and then was able to enroll in Northwestern University Medical School. After his internship, with WWI underway, he joined the Navy and was stationed at the Great Lakes base in Chicago.

“I was on duty at Great Lakes on Friday, September 13, 1918, when I was assigned to a ward of “flu” patients. It had struck the training station like a bomb and the 100,000 men there suddenly filled up the hospital′s 3,000–beds. I was assigned to a second ward and then two more wards. I was responsible for about 100 patients, most with violent broncho–pneumonia. This was an incredible experience for a young ‘medico′ just fresh out of school. The death rate was unbelievable, over 100 a day. At that time, there was no sulfa, no penicillin, not much but aspirin and, in the hands of some doctors, whiskey. The epidemic went through the camp rapidly and fortunately subsided rapidly. I didn′t get sick at all.”