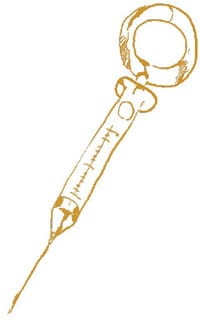 My family was living in Erie, Pennsylvania in 1918. My mother told me that when I was almost 4 years old, in February 1919, I became ill with influenza. My condition was critical and I had been delirious for many hours when our family doctor was able to get an experimental medication (described as a “shot”) for me. He told my parents he could offer no other hope. My parents agreed to the treatment. At the same time, a neighbor child was also sick with influenza but his family refused the treatment offered by the doctor. Neither one of us was expected to live through the night; he didn′t.

My mother called the doctor the next morning because I was awake and asking for something to eat, but she was afraid to feed me. He told her he would be right over. (Doctors made house calls back then!)

The boy who died was in kindergarten with me. We already had kindergarten for 4- and 5–year-olds because our school was a training facility for a nearby teacher’s college.

This is the story the way it has always been told to me. Since I am the only member of my family still living, I have no further confirmation except the outcome — I am still here at age 92 to tell the tale.