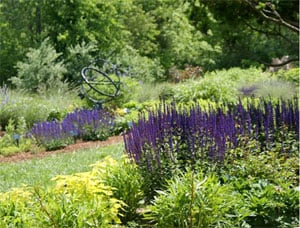 My mother, Martha Risner Clark, was born on June 8, 1914 in Magoffin County, Kentucky. Her parents were Julia Prater Poe and Adam Risner, a miner and farmer. The family lived on farms and in coal camps, but Adam always looked for a place to rent where the family could have gardens and fields. These, he thought, gave his family a more healthy life — away from the crowded, dirty coal camp streets.

In the fall of 1918 the family was living in a coal camp at the Deloram Mines (Thacker, West Virginia). Martha was 4 years old and her brother, Jake, was 2 years old. Martha recalls that one day she was playing outside in a mud puddle and got very wet. “Mom took me in and took a switch to me. Then she put me into bed. The next day I was very ill.” Her mother told her later that a fog had come over the mountain and covered the camp and immediately, the next day, many others had become ill. Initially, some of the grownups thought the illness was coming from the use of lamps or coal oil. But others thought it was coming from Europe because there had been rumors that the bodies of many World War I solders were being burned, not put in graves. Every family was hit and everyone was afraid. Martha remembers that she ached all over and the pain was like a dagger; “it went all over me.” She bled from the nose and mouth and the cough was constant. Soon, everything in the camp closed down. Coffins were brought in by the trainloads, and when they ran out, boxes were used.

Jake did not get sick. However, both Adam and Julia became very weak, yet no one came to visit because of the horror of the disease and the fear of death.

Despite his condition, Adam eventually left the house to go check on his parents John White Risner and Amanda Hackworth Risner, and his two brothers still living at home, Adis, 14 years, and McKinley, 17 years. When he arrived, Adam found his father dead and his mother sick in bed. She asked Adam “to pull the cover off his face (John) so that I can see it one more time.” Adam complied and then his mother died. McKinley also died, but Adis was spared.

Martha survived the flu and so did her parents.