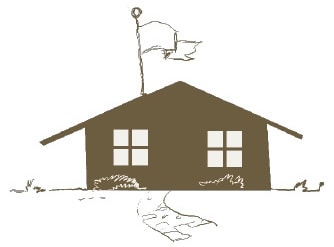 My mother, Helen Morrison Brown, was born in 1911 in West Pittston, Pennsylvania. In the late 1950′s she told me the story of the illnesses and deaths of the 1918 pandemic. She explained that many healthy people become ill and began dying suddenly. Families were soon overwhelmed with the sick and the dead. At that time, the deceased was tended to by family and “laid out” in the family parlor where friends and family gathered, since there were few funeral homes.

During the pandemic, the local authorities closed pubic schools to prevent contagion. But at least one school, (the former West Pittston High School) was put to another useful purpose — displaying the recently deceased.

The window shades of the school were kept closed as bodies in coffins were brought into the school. My mother said, at the appointed time, one window shade would be pulled up and a body in its coffin would be shown, propped–up in the window for viewing. Grieving family and friends would be assembled to pay their respects from the safe distance outside on the sidewalk. The opening and closing of the window shades continued until all bodies were shown for that day. My mother was only 7 or 8 years old at the time, but she had vivid memories of those times. I was about 10 years old when my mother told me about the 1918 pandemic flu and her story was quite shocking to me. I can only imagine what it must have been like to have lived through such a sight. Fortunately, no one in my mother′s family became ill with the flu back then.