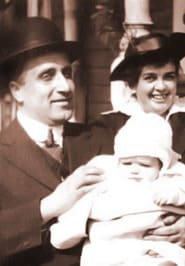 In October 1918, I lost my maternal grandparents, Arthur and Julienne Scoltic–Valley, and my paternal grandmother, Loretta Carmel Crowley, to pandemic influenza, all of whom were residents of Ogdensburg, New York, a small town on the St. Lawrence River north of the Thousand Islands. As a result, my mother, Kathleen Valley–Parker, was orphaned at age 2, and my father, Charles Parker, was also orphaned at age 2.

Arthur and Julienne both died in Buffalo, New York; Arthur died on October 8 at age 37, and Julienne died three days later on October 11 at age 30. My father′s mother, Loretta, died in Ogdensburg on October 29 at age 34.

Arthur married Julienne on September 1, 1915, in Buffalo, NY. She had come from Buffalo to Ogdensburg to enroll in nursing school at the City Hospital, administered by the Grey Nuns of the Sacred Heart, a religious order originally founded in Montreal, Canada. Julienne′s aunt, Sister St. Stephen, was hospital administrator. Arthur was a dry goods merchant and a member of a large, well–known family.

We were always told that Arthur sent his wife and young daughter to her family in Buffalo in the late summer/early fall of 1918 because it seemed that this illness, labeled “typhoid pneumonia” in the obituaries, was striking people down in large numbers and appeared to be less widespread in Buffalo. Also, it could be that Arthur′s interest in sending his wife away for awhile was for the purpose of comfort and healing, following the death of their infant son Paul (Paul Arthur, born on April 3, 1918, died 3 months later on July 5 of a congenital heart defect).

We have two original letters from Arthur to Julia, in his handwriting, that have been passed down to us by my mother. The first was written on September 20 and the second was dated September 22, 1918.

The September 20 letter confirms receipt of a telegram from Julienne to Arthur indicating that she and Kay had arrived safely in Buffalo. He asks, “How did my dear little Kathleen stand the trip, the little doll?” Arthur informs Julienne that Art Tyo, a cousin, will accompany him in about 10 days. Arthur also tells Julienne, whom he calls “Jewel”, “Do enjoy yourself, get out and see your people. I will do my very best to go, if it only for one day.”

By the time Arthur writes his second letter on September 22, he has received a letter from Julienne. He confirms that he will come to get them. “Well, my dear Jewel, I think I will be up to get you, but would like to arrange to stay 3 or 4 days if possible.”

We do not know if Arthur and Julienne were able to reunite before their deaths.

An obituary, published in an Ogdensburg newspaper with a date of October 11, had the following headline: “Follows Husband Three Days Later to the Grave.” The obituary read: “Mrs. Arthur G. Valley (Julia), of this city, died today at her parents′ home in Buffalo after a brief illness of pneumonia. Her husband died from the same disease in Buffalo, October 8, the remains were interred here yesterday. The remains of Mrs. Valley will be brought to Ogdensburg tomorrow. The couple had one child, Kathleen who also became ill in Buffalo but is now recovering…” Following her parents′ death, there was a struggle for my mother′s custody between her mother′s family, the Scoltics in Buffalo and relatives on her father′s side in Ogdensburg and Montreal. The courts ultimately awarded guardianship to Julienne′s widowed mother, Julia Nisell Scoltic. She and Julienne′s sister, Kathleen, who never married, raised my mother in Buffalo. The former died in 1940 and the latter in 1955.

I do not have any stories about the death of my father′s mother, Loretta, except to say that my father′s older sister, Margaret, who was 4 years old at the time, was sent to Kingston, Ontario to be raised by her mother′s sister and family. My father and his younger brother, Frederick, remained in Ogdensburg and were raised by their father and their father′s brother Edmund, who never married. As far as we know, none of these survivors had the flu. According to the Ogdensburg newspaper of October 30, 1918, my paternal grandmother died following a brief illness from pneumonia. According to the paper, “she was a woman who gained much prominence locally and her demise will cause deep regret.”

As a result of these three influenza deaths, my father was raised in an all–male household; my mother in an all–female household over 300 hundred miles away from her place of birth. We are truly blessed to have the letters, the obituaries, and a few family photographs which capture the brief time that my grandparents had with my mother. Unfortunately, we have even fewer of my father′s time with his mother.