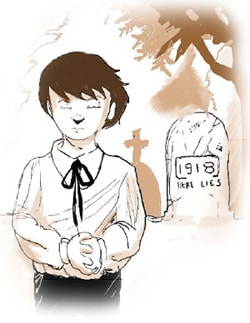 Although my father′s dad died before he was born, the death left a lasting impression on him. My father Raymond was born in September 1919. Earlier that year, his father, also named Raymond, died quickly after contracting influenza relatively late in the pandemic and in fact died several months before my father was born.

Subsequently, my father was raised by his grandmother, since his mother soon remarried and had three additional children with her new husband. The death of his father and the separation from his mother had a life–long impact on my father. He told me this story when I was a child and it contributed greatly to my decision as an adult to enter the field of public health.