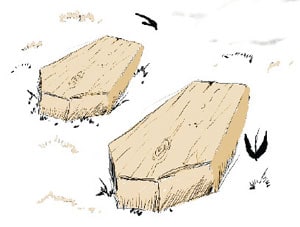 In 1918, my mother, Geneva Fern Searcy Thompson was 5 years old. That year, her brother, Loren Ivan Searcy, died from the flu when he was only 18 years old. Although she was just a young child, Geneva remembered family members and neighbors becoming sick. She observed sickness everywhere and death, which had been unknown to her, became a reality. After her brother died, one of her uncles also died from this flu. Coffins were even becoming short in supply.

Over the years my mother heard her family discuss the terrible times that came with this epidemic. Even after it was over, the impact on her family and the neighbors that she knew were long lasting. Along with World War I, the flu, and her mother, Estella Naomi Hale–Searcy losing her firstborn son, my mother sensed, and was told, that her mother was never the same.

My mother has since died and I realize now how much history has been lost by not paying more attention to the stories my parents shared about the experiences in their lives. The things she did tell me have made a lasting impression on me.