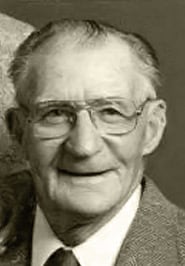 The Phye Family moved to Loveland, Colorado from Eaton, Colorado in 1916. The parents, Charlie Phye and Jessie May Hines–Phye, had six children; a daughter and five sons. Their daughter Florence was the oldest child and she was married to Charles Wayman. The couple lived southeast of Berthoud, Colorado with their 3–year–old son Charles Long, whom Florence had from a prior marriage.

The Phyes may have moved to Loveland to be close to their daughter and her young son and/or perhaps for higher paying employment. Florence came to spend the weekend of October 26–27, 1918 with her parents and contracted influenza there. However, her mother, Jessie, may have been the first one to become ill. Soon the entire family was very sick. In Loveland, the general hospital was full and an emergency hospital had been set–up by the Red Cross in the banquet hall of the Elk′s Lodge on the second floor of the Community Building on Cleveland Street. 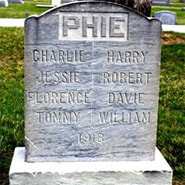 Unfortunately, on the family′s tombstone their name is misspelled “Phie.”