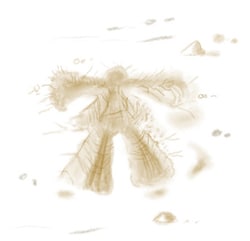 When I was just learning to read, I prided myself on reading anything that presented itself. It was on a late spring day in 1966 when I found myself reading the tombstones in a small mountainside cemetery in western North Carolina. I had gone to the cemetery with my mother, Jessie Crane, and my grandmother, Edna Breedlove Clampitt. I remember scampering up to my mother and asking her why several of the tombstones seemed to have the same date of death. She told me to ask my grandmother that question. I did and my grandmother told me the story of her family and the flu that swept across the country almost a half century before our journey to the cemetery.

In the late fall of 1918, Edna and her family (her pregnant mother, dad, and 5 siblings) were living in a cabin in Swain County, North Carolina. Even today, Swain County is pretty much disconnected from the rest of the world. It is a long 2–hour drive from Asheville, North Carolina. In 1918, it was even more disconnected. No one there had heard about the flu. They pretty much lived their own lives farming, raising families, and “praising the Lord.”

One of my grandmother′s brothers, Wade Breedlove, had joined the army. The family was thrilled when he came home for a visit in November. They “put the big pot in the little pot” for his visit, which means that they cooked special meals and everyone came to visit. No one knew that their brother had brought an untimely death to visit. He became ill shortly after he returned to base, but he survived.

The rest of the family wasn′t so lucky. By mid–December, the whole family was terribly ill. They ached. Their throats hurt. They coughed and coughed. My great–grandmother, Ida Mae Breedlove, gave birth even as she lay sick. My grandmother described one terrible night when the whole family sounded as if they were all drowning. In the morning, Ida and 2–year old Woodrow were dead. The newborn, named Paul, died days later. My grandmother was never sure if it was the flu that killed him, or if he simply starved to death in a household where everyone was just too weak to take care of him.

Eventually, the rest of the family got better and moved on as best as they could without the strong mountain woman who had been their center. Until the day she died, at age 93, my Grandma Clampitt never remembered being this ill again. She was a woman of deep personal faith who recalled a moment near Christmas that year when she thought she saw an angel. That moment gave her the will to go on.