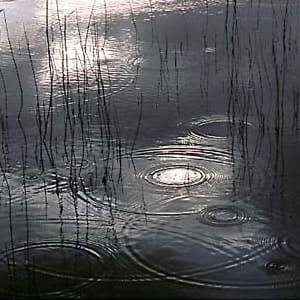 My grandmother, Tekla Garbacz, who had been born in Poland, came to America alone in 1905. She saved money cleaning and doing dishes until she had enough to send for her brothers, and then for my grandfather, Joseph, who came over on September 27, 1907. They bought a farm in Wisconsin, but after losing the farm, the family moved to Minneapolis, MN. The couple had four kids Jennie, George, Annie and Mike. My father George was the second child, born in 1913. In October 1918, my grandfather contracted the flu. He was seen by a doctor on the 17th and died five days later. My Auntie Vickie said that he was very ill, and was told to go home and stay in bed. However, being the breadwinner and one who felt very strongly about supporting his family, he went back to work too soon. He worked outside in a junkyard, and developed pneumonia. Auntie said the weather was cold and rainy at that time of year. From what I read about this particular strain of influenza, most people passed away from pneumonia, and I suspect that my grandfather had it all along. Auntie Vickie also said it was an ugly way to die, because this particular flu caused people to bleed from their mouths and noses, and sometimes ears. To hear this breaks my heart; I have had influenza myself, and was sick for three weeks, in bed, so I can’t imagine how horrible he must have felt and yet, he went out to work. Auntie never said if anyone else in the family had the flu, nor did my dad ever say, perhaps because he was only 5 years old at the time. My grandmother, who had just had a baby a month before her husband died, was a tough polish woman who now had a family to support. She saw an advertisement in the newspaper from a man looking for a wife and mother for his kids. She married him and had three more children. When I obtained a copy of my grandfather’s death certificate, I cried. I wonder how different my dads’ life would have been, if his father had lived. I also wonder if my grandmother’s new husband lost his first wife to the flu because I found two death certificates for a child and woman with his last name having both died of the flu in 1918.

I hadn’t really known about the 1918 flu pandemic until I got older and started doing research, especially after finding out that my grandpa died from it. Nobody ever talked about it. What I learned is that we do need to take influenza seriously if ever there is talk of a breakout.