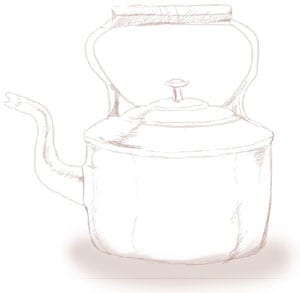 My grandmother, Sarah Elizabeth Northrip Wright, was born on October 18, 1911 and is currently 96 years old. She was living with her family in Rogersville, Missouri at the time of the pandemic flu outbreak. The Northrips owned a 160–acre farm and raised most of their food. They also fished in the nearby James River for catfish.

Elizabeth′s father, Orian, did not become ill but most of the rest of the family did. The Northrips brewed a tea–like drink made of sassafras roots, leaves from the pokeweed plant, and elm tree bark. The roots, leaves, and bark were put into a one-gallon kettle, boiled in water, and cooled before drinking. Elizabeth believes this “tea” helped her family survive; there were no deaths.

To date, Elizabeth has never had a flu shot, although she has been told that she needs to do so. She credits her long life to frequent hand washing, drinking lots of water, no tobacco or alcohol consumption, and prayer. She also eats oatmeal for breakfast every day.

Elizabeth has not had the flu since 1918.