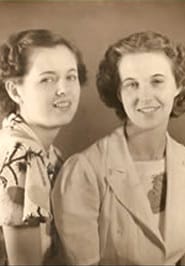 In 1918, my mother Judy McLaughlin Seggerson was two years old. Although she was very young at the time, the 1918 flu epidemic was so traumatic that many of the events are still vivid in her memory. Judy lived with her mother (Agnes McLaughlin) and father (Art McLaughlin) in East Chicago, Indiana, where my grandfather was working as a foreman in a steel mill. The epidemic in East Chicago became so bad and there were so many deaths and very sick people, that my grandfather put Agnes, Judy, and her younger sister (Jane McLaughlin Meyer) on the train back to Oil City, Pennsylvania, where my grandparents had grown up. They went to stay with Agnes’ parents because the epidemic had not yet hit Oil City.

After a time in Oil City, the epidemic did strike there and it became so bad that there was a flu–related death in every house on the block. So, Agnes gathered up her daughters and took them on the train back to East Chicago—apparently without notifying Art. In the meantime, unbeknownst to Agnes, Art had been stricken with the flu and was at home in bed very, very sick and weak with no one to take care of him. When Agnes opened the door to their house, Art realized who it was, and shouted “don’t let the children come into the room!” However, little Judy had not seen her father in a few months, and before Agnes could stop her, she shot into the bedroom and covered Art with hugs and kisses. Scared and horrified, Art insisted that Agnes literally bathe Judy in Listerine®. In the next weeks, Judy and her sister were forced to frequently gargle with Listerine (which they were not very happy about). With a lot of loving care from Agnes, Art eventually recovered. No one else in the family became ill with the flu. For the rest of his life, Art credited Listerine® with saving his family, and I remember him gargling with it every day. 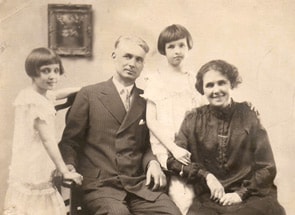 In a related story: At the time of the epidemic, East Chicago had posted guards on every block to keep people from moving around and transmitting the flu. Shortly after Art got better, he took his family to see their Uncle Harry who lived a few blocks away. Art had some kind of a pass (probably from his employer) that enabled them to visit. Judy remembers that it was extremely cold and snowy. The guard on their block had built a fire in the middle of the street to keep warm. Art pulled his young daughters along in a type of sled, and the other guards at each block closely inspected his pass at each stop. The family made it to–and–from Uncle Harry’s house safely.