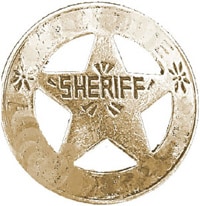 My father, Elmer “Bud” Pancake, grew up around Lusk, Wyoming. During the great flu pandemic of 1918, there was a county doctor who boasted that he had never lost a patient. His secret weapon was “rotgut” whiskey. He would pour the whiskey into a patient to get them to cough up the phlegm. During the pandemic, he ran out of whiskey and there was none to be had in the community. The only whiskey in Lusk was locked–up in the sheriff′s office as evidence for a bootlegger′s trial. The sheriff refused to release the liquor. So, the doctor got a few prominent citizens together for a kind of vigilante committee that promptly seized the whiskey, depriving the sheriff of his evidence.