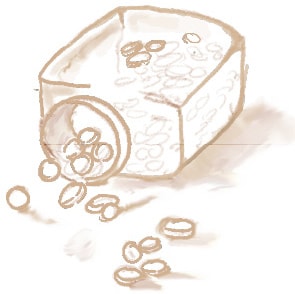 In February 1919, in Lewisport, Kentucky, Edna Gregory (age 23), Edward Gregory (age 24) and their 13–month–old son, Samuel M. Gregory all become ill with the flu. Little Samuel eventually got better, as did his mother Edna, but Edward′s condition worsened. Edward′s fever kept getting higher and higher and the medicine of that day was aspirin, which was given to him by the ½-hand fulls over and over again. Edward sweated through his mattress and the local physician, Dr. Griffin, sat by his bed many hours but could not save his patient. Edward′s funeral was held at his parents′ home because no church services were being held to try to stop the spread of the flu. A few people attended the funeral and some sat with a handkerchief covering their mouth and nose. Edward was a strong man with no bad habits. He was principal of the school, a Boy Scout leader, an artist, a musician, a church worker, and a lover of children.

Samuel grew up and became my husband in 1936. Throughout his life, he never had the flu again.