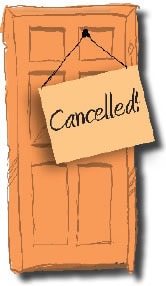 In the fall of 1957, I was a freshman at the College of Wooster in Wooster Ohio. For some reason, I took the flu shot for the first time. It may be that I was encouraged to do so by the school doctor. However, I was one of the few who did.

Later that fall I was in class and began to have flu-like symptoms that were fairly mild; aches, temperature, and other symptoms. I returned to my dorm room and fell asleep without dinner. I slept until late morning, missing class and breakfast. I still had some mild symptoms, but the aches and elevated temperature were gone. I felt well enough to go to lunch and then on to my afternoon classes. I noticed that the dining room was not as full as usual. Later, in class, I also noticed a lot of students missing.

By the next day, I had no symptoms at all. However, there were even fewer students in the dining room and classrooms, and several professors were also missing. My girlfriend was quite sick and through her I learned that her roommates and a large number of dorm mates were in bed very ill, too. Eventually over 80% of the student body was “hospitalized” in the dorms. The few like me, who were not ill, began delivering meals, checking for students with serious symptoms, and making reports to the health center. The center staff made visits to the dorms on a regular basis, but depended on us “well ones” to point out those sick students who needed the most assistance.

Fortunately, despite the high morbidity rate, I don′t believe we had any deaths.