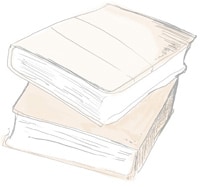 In 1957, I was attending Juniata College which is a small, rural college located in Huntington, Pennsylvania. At the time, Juniata had an enrollment of about 1,400 students and was a liberal arts school with a strong basic science department. There were few students from out–of–state; most were within a 3–4 hour drive from Huntington. Most of us lived on campus in dormitories segregated according to gender. We all ate in the same dining hall and we participated in a variety of activities including sports, dances and occasional parties.

At the time of the pandemic, I was in my second year at Juniata. Numerous classmates fell ill with influenza and classes were canceled for a week, but nearly all of the students remained on campus. Our medical care was provided by two nurses who operated a small dispensary on campus with approximately 25 beds. A local family physician visited daily. A number of students were hospitalized overnight for intravenous fluid (IV) therapy and others were kept overnight for temperature control. I was hospitalized overnight and received some IV therapy, but then was able to return back to my dormitory.

The dining hall remained open and we continued to obtain our meals there, this probably contributed to the high incidence of infection which I believe resulted in a nearly universal student infection rate. None of us had received an influenza vaccine because of lack of availability at that time.

Reflecting back on that time, I think it was remarkable that the students remained on campus. We suffered no fatalities and most did not return to their homes to spread this illness throughout the local communities.

I am currently the Health Commissioner in Athens, Ohio where a major college (Ohio University) is located.