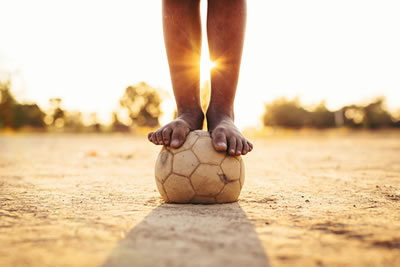 On August 25, 2020, the African Region was officially certified as wild poliovirus-free. The Centers for Disease Control and Prevention (CDC) has served as the lead implementing partner for U.S. efforts to eradicate polio, playing a pivotal role for three decades in helping African countries and the continent reach this milestone. The goal of our work has been to protect all children from the dangerous, sometimes deadly, yet entirely vaccine-preventable consequences of polio transmission and outbreaks.

We pause to celebrate. We reflect to light the way. We sharpen our focus on the direction of the finish line and goal of protecting every child, everywhere, from every form of polio.

The end of polio is closer today because of the African-led commitment to fighting polio and the success of its efforts in wiping out all wild polioviruses from the continent. African regional and global partners have demonstrated what can be achieved when determination, partnership, and resources come together to strive toward a goal of saving and improving lives.

While regional wild poliovirus certification is an achievement for all of Africa, CDC and the American people have been invested in this moment for more than 30 years. We offer our heartfelt congratulations to the African people and commitment to continuing the journey with our local, national, regional and global partners until every child is protected everywhere, from every form of polio.

Reflection: A Promise Made is a Promise Kept

This incredible public health achievement —the interruption of wild poliovirus transmission from every corner of the African region—began in 1996 with a call-to-action by the late South African President Nelson Mandela. He challenged African heads of state and leaders to mobilize to “kick polio out of Africa.” At the time, 75,000 African children a year were being paralyzed by polio. Over many years and thanks to the dedicated efforts and sacrifices of health workers, community volunteers, traditional and religious leaders, parents, and country leadership with support from donors, all children, even those in the most remote and insecure areas, have been reached with polio vaccine. Vaccination drives, reaching up to 220 million African children multiple times every year, were integral to achieving this historic milestone.

Despite enormous challenges to reach every child with polio vaccine, a promise made in 1996 by African leaders has been a promise kept. In August 2019, Nigeria, the last wild polio endemic country in Africa, passed three consecutive years without a reported case of wild poliovirus, which opened the door for the official certification process to review data and documents from all 47 countries in the African region.

With the African region’s certification, five of the six World Health Organization (WHO regions)external icon – representing over 90% of the world’s population – are now free of the wild polioviruses. However, these incredible gains can be fragile, especially as we operationalize the safe resumption of immunization and polio activities during the COVID-19 pandemic. 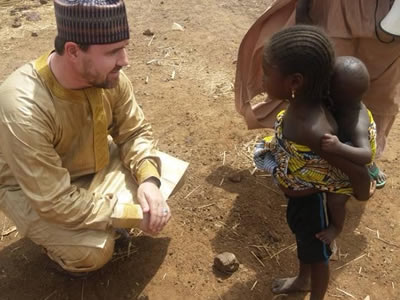 Like this Nigerian girl, CDC understands the value of public health, partnership and walking the last mile to defeat polio. CDC’s Dr. Richard Franka reflects on his encounter in 2018, “while her parents worked nearby, this big sister gave her brother the gift of lifetime protection against polio by bringing him to the immunization campaign site.”

"If you want to go fast, go alone. If you want go far, go together." –African proverb

Direction: Focused on the Finish Line

To protect global progress against polio, we must continue to vaccinate to maintain high population protection against the virus and to prevent polio from traveling to other countries from the two countries (Pakistan and Afghanistan) where wild poliovirus type 1 transmission has not been interrupted. In Africa, we also must continue to innovate, engage communities, and work quickly to stop outbreaks of circulating vaccine derived poliovirus type 2 wherever they occur.

Focused on the goal of eradicating polio, CDC activated its Emergency Operations Center in December of 2011 to strengthen the U.S. response to polio and coordinate the agency’s partner engagement through the Global Polio Eradication Initiative (GPEI)external icon . Public health capacity established through the polio program includes a vast global laboratory network, skilled surveillance and a trained workforce that not only support polio eradication but have helped jumpstart critical surveillance and diagnostic efforts against other disease threats, like Ebola, measles, and most recently COVID-19.

CDC, a founding GPEI partner, has been heavily focused in these core areas of public health to help reach this certification milestone and to eradicate all forms of polio everywhere: 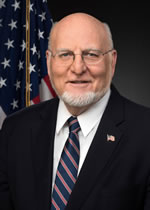 “This moment is Africa’s to celebrate and savor, and I want you to know that CDC stands with you today and until the day polio is finally eradicated… We know and have seen that wild poliovirus importations can occur in any country, and while the virus is still circulating in endemic countries, the world remains at risk. An urgent charge now for Africa is to rapidly stop the circulation of vaccine-derived poliovirus outbreaks.”

The ongoing need for strong public health surveillance to support global polio eradication efforts, along with a host of other infectious diseases that have emerged and will appear on the shores of our nations, is as critical today as ever. We must be ready to meet the remaining challenges to eradicate polio, just as we have before to reach this milestone moment.

We pause to celebrate. We reflect to light the way. We sharpen our focus on the direction of the finish line and goal of protecting every child, everywhere, from every form of polio.