What is the public transportation system?

Public transportation systems include a variety of transit options such as buses, light rail, and subways. These systems are available to the general public, may require a fare, and run at scheduled times. The purpose of introducing or expanding public transportation is to increase access to and use of public transit while, at the same time, reducing motor vehicle miles driven and  traffic congestion.[1]

What is the public health issue?

Transportation systems help ensure that people can reach everyday destinations, such as jobs, schools, healthy food outlets and healthcare facilities, safely and reliably.[5] Public transportation services play an important role for people who are unable to drive, including those without access to personal vehicles, children, individuals with disabilities, and older adults.[5,6] The U.S. transportation infrastructure focuses on motor vehicle travel (e.g., passenger cars, vans, SUVs, pickup trucks, and other light trucks) and provides limited support for other transportation options.[ 7] According to the U.S. Census Bureau, in 2013 approximately 86 percent of all workers traveled to work by private vehicle, and 76 percent drove alone.[8] Also in 2013, 69 percent of urban households and 14 percent of rural households had access to public transit.[4] Although using public transportation has historically been safer than travel in passenger vehicles, passenger vehicle travel has grown more quickly than other modes of travel.[1,7,9] Motor vehicle crashes continue to be the leading cause of injury-related death for many age groups.[7,10] In 2013, motor vehicle crashes were the second leading cause of death among individuals aged 13 to 25 years.[11] 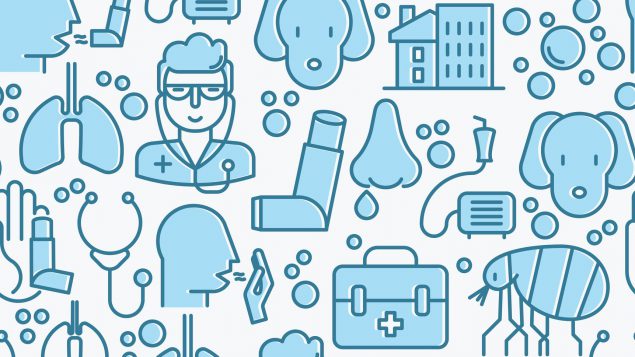 Public transportation systems provide opportunities for increased physical activity in the form of walking or biking on either end of the trip (e.g., from home to bus stop or from train stop to office) and reduced motor vehicle travel.[12-15] Despite these benefits, many Americans view walking and bicycling within their communities unfavorably because of barriers such as disability, age, chronic disease, inconvenience or safety concerns about traffic and a lack of sidewalks, crosswalks, and bicycle facilities.[7,16] Many people aren’t meeting the recommendations for physical activity;[17]  the lack of physical activity contributes to obesity, diabetes, heart disease, stroke, and other chronic health conditions in the U.S. [7,16]

Air pollution from motor vehicles continues to contribute to adverse respiratory and cardiovascular health effects.[7,18] Nitrogen oxides and volatile organic compounds react with sunlight to create ozone.[19] Carbon monoxide, nitrogen oxides, and ozone are associated with a variety of health problems including myocardial ischemia, chest pain, coughing, throat irritation, and airway inflammation, and can worsen bronchitis, emphysema, and asthma.[20-22] Particulate matter, which is produced by engine exhaust and tire and brake wear, is associated with an increased risk of respiratory and cardiovascular disease.[23-25]

A systematic review examining public transportation use and physical activity found that use of public transport was associated with an additional 8 to 33 minutes of walking per day.[28] A study of the impact of adding light rail stations in Los Angeles found it to be associated with an increase in daily physical activity among residents with previously lower physical activity levels.[29] The expansion was also associated with a reduction in vehicle miles traveled and their related emissions.[27] Another study found that train commuters took an average of 30 percent more steps per day than car commuters.[30] A study of 130 U.S. cities found that each rail passenger mile represents a reduction of three to six automobile passenger miles—through direct substitution and indirectly through the creation of compact, mixed-use transit-oriented developments that foster walking and cycling and reduced automobile ownership.[31] A final study, looking at zoning for TODs, found that this type of zoning was associated with significantly higher rates of public transportation to work and active transportation to work. [32]

A descriptive cost analysis examined the value of the health benefits, which included fewer traffic crashes, less air pollution and increased physical fitness, of increasing the proportion of the population that has access to public transit. The analysis estimated that if a city with a typical quality North American public transit service improved to high quality (i.e., fast, convenient and comfortable) urban rail or bus rapid transit service, the per capita annual health benefits would be $355. If improvements were made to achieve a high quality transit service with walkable, mixed-use development around stations, the per capita annual health benefits would be $541. It also estimated that for a city with a million residents, an increase in the proportion of households located in transit-oriented developments from 10 percent to 20 percent would produce nearly $71 million of total annual health benefits, and an increase from 10 percent to 40 percent would generate more than $216 million of total annual health benefits.[33]

A cost-benefit analysis that examined the impact of expanding public transportation capacity by converting a lane for bus rapid transit found an association with positive net benefits to society, including travel time savings, travel cost savings, and emissions reduction. [34]