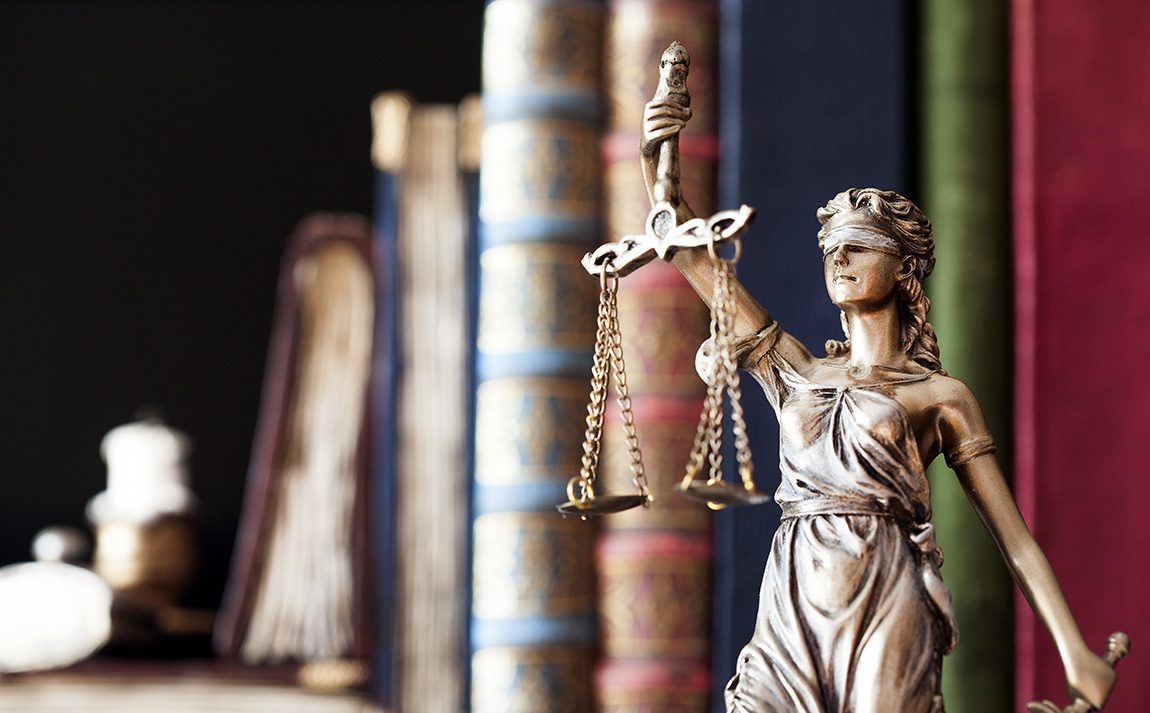 Save the Date | American Public Health Association (APHA) Annual Meeting and Expo
APHA will host its Annual Meeting and Expo November 6–9 in Boston. There will also be a virtual version held November 14–16. The theme is “150 Years of Creating the Healthiest Nation: Leading the Path Toward Equity.” Registration opens June 27. Learn more.

Job Opening | Lead Public Health Attorney, Nebraska
The Nebraska Department of Health and Human Services is seeking candidates for a lead public health attorney. Candidates should have three years of experience as an attorney practicing law and providing legal services and knowledge of public health principles, laws, and policies. Learn more and apply.

Story Highlights
Colorado’s Supreme Court recently ruled in favor of Lisa French, a Colorado resident, saying that she is not liable to pay the rest of her large, unexpected hospital bill because she did not agree to the hospital’s pricing plan.

Lisa French, a Colorado resident, was quoted $1,337 for two procedures in 2014 and was surprised by the $303,709 bill she received from St. Anthony North Health Campus, operated by Centura Health. French unknowingly had signed to pay all charges related to the hospital’s secretive “chargemaster.” A chargemaster is a master list of a hospital’s sticker prices for all billable items and procedures.

State Supreme Court Justice Richard Gabriel noted that “hospital chargemasters have become increasingly arbitrary and, over time, have lost any direct connection to hospitals’ actual costs, reflecting, instead, inflated rates set to produce a targeted amount of profit for the hospitals after factoring in discounts negotiated with private and governmental insurers.”

Michael T. McConnell, a lawyer for Centura Health, argued that hospitals should not be responsible for understanding “the patient’s insurance better than the patient does.”

However, Gabriel wrote in his opinion that “[French] assuredly could not assent to terms about which she had no knowledge and which were never disclosed to her.”

French is relieved by the outcome.

New York: It’s going to be a hot summer. It will be hotter if you’re not rich.
The New York Times (05/28/2022) Anne Barnard, Corey Kilgannon, Jazmine Hughes, and Emma Goldberg
[Editor’s note: Learn more about climate and health and health equity law.]

Ohio
The Court of Appeals of Ohio upheld a county ruling that ordered Cleveland businesses and owners to pay the maximum statutory penalty of $10,000 per day of violation plus $9 million in restitution to the Ohio Environmental Protection Agency (Ohio EPA) after violating construction and demolition debris laws that resulted in a fire that lasted days.

From June 2015 to July 2016, the Ohio EPA and Cuyahoga County Board of Health made more than 24 unannounced inspections of a local construction and demolition debris site and discovered immense piles of debris more than 30-feet high, towering over homes. In addition, inspectors rarely saw necessary material being sorted for recycling despite prior warnings. Thus, in June 2017, a complaint was filed against Beynon, ARCO, and 1705 Noble Road Properties, LLC, for allegedly operating and maintaining an unlicensed construction and demolition debris facility, illegally disposed of construction and demolition debris, and creating a public nuisance. The State of Ohio sought for ARCO and 1705 Noble Road Properties, LLC, to pay $2,744,000 and $2,306,000 in civil penalties, respectively. Initially, parties entered into a partial consent order while the trial continued requiring defendants: “comply with R.C. Chapter 3714 and the rules thereunder, relinquish their rights in all construction and demolition debris located at the site, allow the Ohio EPA and the Cuyahoga County Board of Health full access to the site for the purpose of debris removal, and repay the State for all funds expended for clean-up of the site.”

During the clean-up in 2017, a large fire erupted on site spreading 30 feet and needing the assistance of over a dozen local fire departments. At trial, the court found that the aforementioned parties caused an extreme risk of harm, both severe and imminent, to the public and to the environment. The trial court ruled the imposition of the maximum statutory penalty was necessary due to defying Ohio law consistently, ignoring good-faith efforts, ultimately depositing more than 200,000 cubic yards of waste in an East Cleveland neighborhood. Upon appeal, the court upheld the trial court’s ruling of penalties was not an abuse of discretion because the state showed they incurred “substantial extraordinary costs” to clean up, removal debris, combat the fire, and continue litigation. Additionally, the defendant’s failed to provide evidence they could not pay the penalties.

Colorado
The Colorado State Supreme Court ruled Lisa French is not liable for remaining hospital bills from Centura Health Corporation (Centura) because none of the hospital service agreements (HSA) included information about billing for chargemasters making her unaware and unable to agree to the terms.

In 2014, French was in a serious car accident causing a spinal injury that surgeons suggested needed surgery or she was at risk of becoming paralyzed. French went to a Centura hospital for a spinal fusion surgery. Upon reviewing her insurance information, Centura advised her that she would be personally responsible for $1,336.90 of the amounts billed. After the surgery, Centura determined that it had misread French’s insurance card and that she was, in fact, an out-of-network patient.

Centura then billed French $229,112.13 and ultimately sued her to collect. Centura sued for breach of contract, claiming that under the HSAs that she had signed, she had agreed to pay Centura’s chargemaster rates and, therefore, owed Centura the full balance of $229,112.13.  French requested that Centura produce the chargemaster that applied on the dates of service for the medical care provided. Centura, however, objected to producing its chargemaster, stating that the chargemaster was “voluminous, proprietary, and a trade secret.”

Because French had no knowledge of and did not clearly and knowingly assent to the terms of Centura’s chargemaster, the court concluded, under long-settled principles of contract law, that the chargemaster was not incorporated by reference into the HSAs that French signed. As a result, the price term of the HSAs was left open, and the trial court properly tasked the jury with determining the reasonable value of the goods and services that Centura provided to French.

Wisconsin
Aurora Health Care, Inc., appeals from a circuit court order granting an injunction compelling Aurora to administer a treatment No. 2021AP1787-FT 2 related to the COVID-19 pandemic. The request for the injunction came from patient John Zingsheim’s healthcare representative, Allen Gahl. Aurora contends that there is no legal authority for the court’s order compelling a private healthcare provider to administer a treatment that the provider, in its professional judgment, has determined to be below the standard of care.

Maine
The Plaintiffs are eight Maine healthcare workers and one individual healthcare provider who challenged an August 2021 change to Maine law that requires employees of designated Maine healthcare facilities to be vaccinated against the COVID-19 coronavirus. The complaint (ECF No. 1) also names Plaintiffs Jack Does 1 through 1000 and Joan Does 1 through 1000 as putative plaintiffs who have not yet been joined in the action. Two media companies—MTM Acquisition, Inc., d/b/a Portland Press Herald/Maine Sunday Telegram, Kennebec Journal, and Morning Sentinel, and SJ Acquisition, Inc., d/b/a Sun Journal (collectively, the “Media Intervenors”)—were granted leave to intervene for the limited purpose of challenging the Plaintiffs’ use of pseudonyms in this matter (ECF No. 95). The Media Intervenors now seek an order unsealing the Plaintiffs’ identities (ECF No. 105), arguing that the Plaintiffs should not continue to be permitted to proceed pseudonymously because the Plaintiffs’ alleged fear of harm no longer outweighs the public’s interest in open legal proceedings.

Question: What is the theme of the Public Health Law Practitioners Convening?

Question: When is the Public Health Law Practitioners Convening?

Answer: August 17–19. Learn more about the Convening and early-bird registration.

“I think what we’re seeing now is deep-seated disparities and social determinants of health are kind of bearing out,” said Joe Friedman, a UCLA researcher, referring to the disproportionate overdose deaths among Native American people.
[Editor’s note: This quote is from the above article The Blackfeet Nation’s struggles underscore the fentanyl crisis on Native American reservations, Montana Public Radio, Aaron Bolton (05/24/2022).]