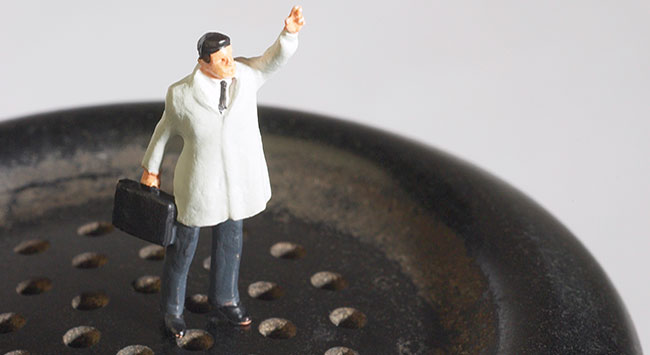 In This Edition
Letter from the Editor

The Public Health Law Program (PHLP) would like to thank ToMinh Le and Rose Meltzer, master of public health candidates who interned with PHLP this summer, for their extensive work researching and writing the Public Health Law News. Their dedication and creativity have been outstanding. We would also like to thank intern Vasilios Nasoulis, an undergraduate with OSTLTS, for his assistance in researching stories for the July edition of the News.

PHLP welcomes public health and law students as interns and externs every semester. Every student takes on different projects, depending on their academic and professional interests; a few work on the Public Health Law News. Interested candidates should visit PHLP’s internship and externship programs webpage for more information.

Hot Topics at the Intersection of Public Health and Health Care, Part I: Outbreak, Disaster, or other Emergency: Is Your Health Care Client Prepared?external icon The American Health Law Association, in collaboration with PHLP, is offering the first in a three-part webinar series about emergency preparedness inside and outside of healthcare settings. Speakers will discuss ways to use legal assessment, employee training, and professional agreements to prepare healthcare organizations to respond to emergency situations. In addition, speakers will provide lessons learned from Ebola and active shooter incident scenarios. This free webinar will take place on September 12, 2017, 1:00–2:30 pm (EDT).

Journal Article: Federal Travel Restrictions to Prevent Disease Transmission in the United States: An Analysis of Requested Travel Restrictions.external icon This article, published by Travel Medicine and Infectious Disease, analyzes the effectiveness of public health travel restrictions as a tool to prevent individuals with certain communicable diseases from traveling commercially.

When It’s Time To Leave: Summary of California Mass Evacuation Laws. This issue brief, published by PHLP, provides an overview of how statutes and regulations in California play a vital role in ensuring that response personnel have the necessary authority to accomplish effective and efficient evacuations from threatened areas.

State Telehealth Laws and Reimbursement Policies Report.external icon This report, published by the Center for Connected Health Policy, the National Telehealth Policy Resource Center, offers a current summary of Medicaid provider manuals, applicable state laws, and telehealth-related regulations for all 50 states and the District of Columbia.

Story Highlights
Florida Governor Rick Scott has approved a payment of $1.1 million in legal fees to attorneys who sued the state over HB-155 in 2011. Known as the “docs vs. glocks” law, HB-155 restricted doctors from discussing gun safety with their patients. Under the law, doctors could lose their licenses and face up to a penalty of $10,000 per offense if they talked about gun ownership and firearm habits with their patients. A group of doctors sued the state, saying that medical providers have a right to discuss safety risks and dangers with their patients.

In February 2017, a federal appeals court ruled HB-155 unconstitutional on the basis that it tried to restrict medical providers’ First Amendment rights.

Physicians and pharmacists are not required to participate in the Death and Dignity program. Patients must be at least 18 years old and not expected to live more than six months. Patients who suffer from a psychological condition are not considered capable of making the decision and cannot partake. Patients must request prescriptions for the life-ending drugs twice, and the requests must be made at least 15 days apart. They must ingest the drugs themselves. The process is expected to take at least three weeks (i.e., between the first request and the receipt of the drugs).

Opponents of assisted suicide believe that the Act undermines life. They have also expressed concern that people with disabilities could be pressured into ending their lives early.

The DC Department of Health is responsible for regulating the implementation of the Death with Dignity Act. The department provides educational resources on the assisted suicide process and requirements for patients, physicians, and pharmacists.

[Editor’s note: Visit the DC Departmentexternal icon of Health for more information on the Death with Dignity Act of 2016external icon.]

The President’s Commission on Combating Drug Addiction and the Opioid Crisis, headed by New Jersey Governor Chris Christie, formally urged Donald Trump to declare a federal public health emergency to combat the opioid crisis.
Usually, public health emergencies are declared only during natural disasters. However, the commission urged Trump to “declare a national emergency under either the Public Health Service Act or the Stafford Act” due to the health and social problems opioids have caused nationwide. More than 500,000 Americans died of drug overdoses between 2000 and 2015; opioids account for the majority of overdose deaths. “With approximately 142 Americans dying every day, America is enduring a death equal to September 11th every three weeks,” said the Commission. “The first and most urgent recommendation of this Commission is direct and completely within your control. Declare a national emergency.”
The Commission also strongly encouraged legislation to dispense Naloxone to first responders.
[Editor’s note: Read the interim report pdf icon[PDF – 470KB]external icon from the Commission on Combating Drug Addiction and the Opioid Crisis. The commission’s final report is due in October.]

California: This could be the next big strategy for suing over climate changeexternal icon
Washington Post   (07/20/2017)   Chris Mooney and Brady Dennis
[Editor’s note: Read the Register of Actions in The County of Marin v. Chevron Corp., et al, Superior Court of California, County of Marin, CIV 1702586external icon for more information about the case.]

Ohio: Insurers will make sure nearly every county has an Obamacare carrierexternal icon
Cleveland.com (08/01/2017) Stephen Koff

Texas: At a growing number of schools, sick kids can take a virtual trip to the doctor
STAT (07/19/2017) Leah Samuel

The first reader to correctly answer the quiz question will be featured in a mini public health law profile in the September 2017 edition of the News. Email your entry to PHLawProgram@cdc.gov with “PHL Quiz” as the subject heading; entries without the heading will not be considered. Good luck!

Who are the speakers for PHLP’s upcoming webinar, Hot Topics at the Intersection of Public Health and Health Care, Part Iexternal icon, on September 12, 2017?

Tom Dart, Sheriff at the Cook County Jail in Chicago

“We’ve got to keep them alive (and) if we can get them through that two-week window, they might get treatment, get off drugs.” —Tom Dart on the purpose of the overdose-reversing drug naloxone.

Editor’s note: This quote is from Cook County jail is giving at-risk inmates Narcan upon their releaseexternal icon,
WTTW, 08/08/2017, by Jay Shefsky.