Babies with neonatal abstinence syndrome (NAS) are born addicted to illegal or prescription drugs that their mothers took while pregnant with them. After these babies are born, they can suffer from drug withdrawal symptoms. In 2013, about one-third of Tennessee babies with NAS were born in the East Region. Tennessee used Preventive Health and Health Services (PHHS) Block Grant funds to support a jail outreach program in this region for women who are sent to jail for drug-related charges. The program’s objective is to help these women avoid having a baby with NAS.

Tennessee’s East Region Health Office (ERHO) learned that many women who were addicted to drugs were getting pregnant even though they didn’t want to have a baby. Within the region, four in five women in jail for drug charges were not using any type of birth control.

ERHO partnered with local agencies in Cocke and Sevier Counties to start a jail outreach program that teaches female inmates about NAS and how they can prevent it by avoiding unwanted pregnancies. ERHO helps these women learn about birth control and provides them with contraception if they want it. Health educators offer female inmates information about many types of birth control, including voluntary long-acting reversible contraceptives (VLARCs). VLARCs are fertility control methods that last for a long time, like intrauterine devices (IUDs) or implants, and work without the need to take pills or shots regularly. A woman can stop using VLARCs at any time if she decides to have a child.

During the program’s first six months (January–June 2014), 110 women attended the educational sessions on preventing NAS, and 68 were referred to the health department for family planning. In one year, the number of babies in Sevier County with NAS dropped by more than 90%. Building on this success, the program continued and expanded to 20 other Tennessee counties. 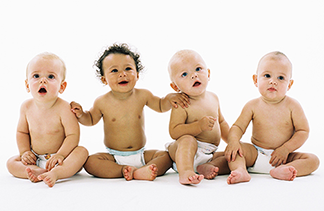 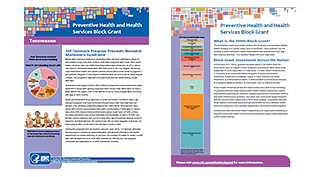