In 2013, about 9% of Montana residents had diabetes, and roughly one-third of the state’s adults were at risk for developing it. Diabetes is a dangerous health condition that can cause heart disease, blindness, kidney failure, and other serious medical issues if untreated. The Montana Department of Public Health and Human Services used a portion of its 2014 Preventive Health and Health Services (PHHS) Block Grant funds to support a healthy lifestyle initiative—the Montana Diabetes Prevention Program.

People can reduce their chances of developing diabetes by participating in healthy lifestyle programs. A lifestyle program is a series of classes that teaches people how to be healthier by making changes to the way they live, such as what they eat and how often they exercise. The Montana Diabetes Prevention Program was started in 2008 and is based on a successful lifestyle program developed by the National Institutes of Health.

More than 320 people participated in the program at the five locations funded by the 2014 PHHS Block Grant, and 296 (92%) completed it. Of these, 65% exercised at least 150 minutes each week. Participants overall also noted that their blood pressure readings and cholesterol levels improved by the end of their lifestyle classes.

The PHHS Block Grant is helping people in Montana adopt healthier behaviors and reduce their risks for diabetes. 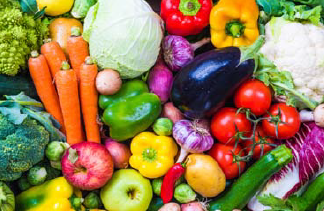 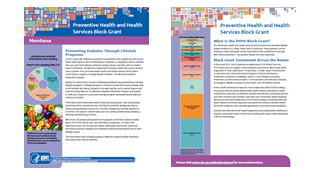