Every year, about 48 million people in the United States get sick from something they eat, and 3,000 people die as a result. Public health regulations help keep food safe and prevent foodborne illness. Public health workers can use those regulations to teach food handlers how to prevent mistakes—like not washing their hands properly or leaving something out of the refrigerator for too long—and avoid making someone sick. The Missouri Department of Health and Senior Services (DHSS) used a portion of its 2014 Preventive Health and Health Services (PHHS) Block Grant funding to support food handling training for state and county
food inspectors.

In spring 2014, a group of wedding guests in Missouri had diarrhea and stomach cramps less than a day after the wedding. County health department officials were informed and they called the state health department to report a possible food-related illness. Because of their recent food handling training, food inspectors were ready to respond to the call.

State and county health officials worked together to find the common link among the people who got sick. Epidemiologists (people who investigate disease outbreaks) asked wedding guests about the food they ate and interviewed food suppliers to learn where the food came from and how it was prepared. The epidemiologists learned that the gravy prepared by one of the caterers was likely the cause of the illnesses. Stool samples from sick people and samples of the gravy both tested positive for Clostridium perfringens, a bacterium known to cause food-related illness. Health officials trained the catering staff on proper food handling and recommended that the guests throw away any leftovers they had taken home.

Thanks to the rapid response of state and local health officials, no one died, no one else got sick after coming into contact with an ill wedding guest, and no one was hospitalized. With PHHS Block Grant funding to support regular food safety training, Missouri is better prepared to protect its citizens against foodborne illness outbreaks. 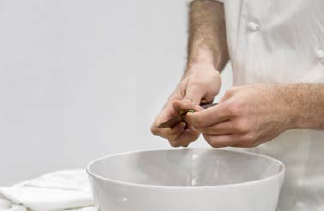 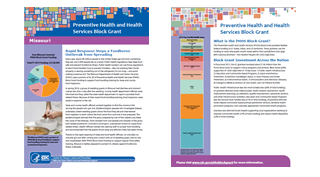