State health departments use a Health Alert Network (HAN) system to send email and telephone alerts when there is a public health emergency. These alerts help make sure that all medical providers and first responders get the same information at the same time about diseases and public health emergencies. The California Department of Public Health used a portion of Preventive Health and Health Services (PHHS) Block Grant funds to expand the California Health Alert Network (CAHAN) in 2014.

CAHAN operates 24 hours a day, 7 days a week, 365 days a year. More than 37,000 people from state and federal government agencies, county public health departments, hospitals, medical offices, and city emergency medical services receive the CAHAN alerts. Most alerts have either detailed health information or instructions about what to do during a public health emergency.

After the first Ebola case was diagnosed in the United States in October 2014, California used CAHAN to share information and alerts about Ebola with medical and public health organizations across the state. More than 100 CAHAN messages were sent about Ebola between October and December 2014. The messages announced upcoming conference calls to discuss Ebola, how many people in California might have been exposed to Ebola when they traveled to West Africa, and which hospitals someone could go to if they thought they might have Ebola.

Because PHHS Block Grant funds supported the CAHAN system’s expansion, health departments were able to share important information about Ebola across the entire state. Medical providers and first responders all received the same information at once and knew what was happening with Ebola in California. CAHAN helps to keep the public safe and saves health departments time, money, and resources when they are communicating about emergencies. 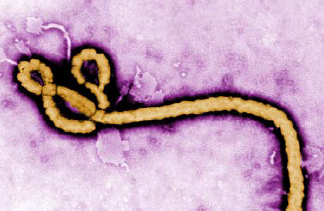 Picture of a single Ebola virus. 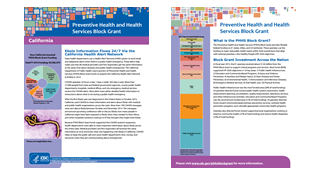