The Arkansas Prescription Monitoring Program (AR PMP) allows prescribers and pharmacists to electronically track and control how frequently patients are receiving pain medications throughout Arkansas and up to 47 other participating states. The database shows whether a patient has used controlled substances in the past or is visiting multiple doctors for similar complaints, a possible sign they are seeking more drugs to abuse or sell. With substantial support from the Preventive Health and Health Services (PHHS) Block Grant, the state was able to continue the AR PMP without a gap in services during a time when the state budget had less than half of the money needed to run the program.

The Arkansas Department of Health and other state agencies significantly reduced prescription drug abuse in Arkansas from 2013 to 2014. There was a reduction of two-thirds in the number of people seeking controlled substances from multiple prescribers. Between 2013 and 2014, Arkansas saw a dramatic drop (65%) in the number of patients who went to 7 or more doctors, and to 7 or more pharmacies, within 90 days.

The state also used the PHHS Block Grant funds for staff training, keeping them up-to-date on ways to stop prescription drug abuse. Improving the way pain medications are prescribed and monitored can decrease abuse or overdose from these drugs while ensuring patients have access to safe, effective treatment. Health administrators expect this program to have a long-lasting positive impact on the public health and safety of Arkansans. 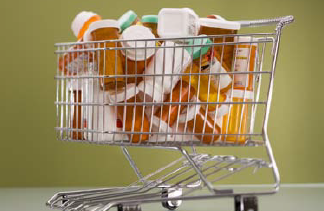 The Arkansas Department of Health reduced prescription drug abuse with support from the PHHS Block Grant. 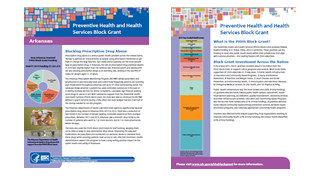