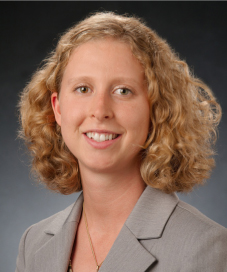 PUBLIC HEALTH CONCERN: The 2011 Minnesota Special Emphasis Report on traumatic brain injuries (TBIs) estimated that about 10,800 concussions occur each year in the state, with 43% of the concussions treated in Minnesota hospitals being caused by participation in sports and recreational activities. More than 2,200 of those sports-related concussions occur in youths aged 15–18 years.

Being able to measure the number and rate of concussions in high school athletes is an important first step in assessing the potential overall impact of concussion.

ACTION TAKEN: Sarah realized that being able to more accurately measure the number and rate of concussions in high school athletes is an important first step in assessing the overall impact of concussions. Previous data on high school sports-related concussions had been limited to cases seen at the hospital, which excluded most cases.

RESULTS: A total of 730 sports-related concussion reports were collected from 67,212 athletes in the 36 metro-area schools from August 1, 2013 through May 27, 2014: a rate of 1 concussion per 100 athletes. By sport, football and boys’ and girls’ ice hockey had the highest rates of concussion (about 6 per 100 athletes), with football accounting for the greatest proportion (42%). This online reporting method found about three times more sports-related concussions than previous reports that relied on hospital records. As of fall 2014, the system has been expanded beyond the Twin Cities to include schools in rural areas of the state.

SHARING THE RESULTS: In August 2014, the MDH Commissioner, Dr. Edward Ehlinger, announced these findings and emphasized the importance of building awareness among athletes, parents, teachers, coaches, and healthcare providers about the warning signs of TBIs. Sarah also published a journal article, “This is Your Brain on Sports—Measuring Concussions in High School Athletes in the Twin Cities Metropolitan Area,” in the September 2014 issue of Minnesota Medicine. 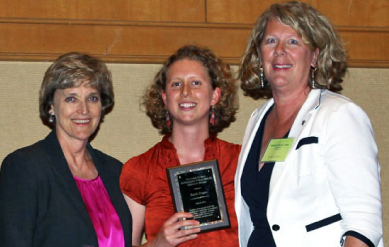 PHAP in the Field: Sarah Dugan

After completing her bachelor’s degree in public health at the University of North Carolina at Chapel Hill, then teachingEnglish to elementary students in Madrid for a year, Sarah was assigned as a PHAP associate to MDH in Saint Paul.

According to first-year supervisor, Patty Wetterling, program director of the sexual violence prevention program, “Sarah hit the ground running, assisting us with a grass roots, child-centered approach to end sexual abuse and exploitation of children.”

“Next, we taught Sarah the elements of conducting an epidemiologic investigation,” says second-year supervisor, Mark Kinde, program director for injury and violence prevention, “working through how one develops a case definition, tests—and revises—a data collection instrument, and then develops written correspondence and protocols for data collection, entry, and analysis. Then, we introduced Sarah to local hospital staff, went with her on the first data collection and abstraction trips, and turned her loose to shine.”

Mark and Patty nominated Sarah for the inaugural Louis Salinas award, an annual CDC award for a public health associate who has demonstrated exemplary commitment leading to positive promotion of public health. Sarah won the award and CDC Director Tom Frieden, MD, MPH, met with her virtually to recognize her accomplishments. Sarah also received a congratulatory letter from one of her state’s senators, Senator Al Franken, thanking her for her work preventing sexual violence on college campuses.

Here are some ways Sarah’s PHAP service helped her respond to the needs of her host site community.

Sarah was hired in fall of 2014 as a full-time employee at MDH’s Injury and Violence Prevention Unit and is working on a legislative update for the sexual violence prevention program.

“My long-term goal is to use the skills I’ve gained through my time as a PHAP associate to pursue my passion for traveling and living abroad,” says Sarah, who is applying to public health graduate programs and jobs in South America, Europe, Asia, and Australia. “PHAP will be the perfect foundation for me as I continue this journey in my public health career.”