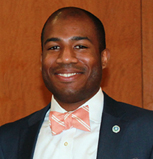 PUBLIC HEALTH CONCERN: On September 30, 2014, CDC and the Texas Health Department confirmed the first case of Ebola to be diagnosed in the United States in a man who had recently traveled from West Africa to Texas. With support and guidance from CDC, health departments across the country took quick action to ensure they would be prepared to handle potential Ebola cases in their jurisdictions. In Charleston, West Virginia, health professionals from area hospitals and public health agencies created a task force to prepare for the possibility of treating and containing the Ebola virus.

When PHAP associate Roberto Henry, MPH, arrived at his host site at Kanawha-Charleston Health Department (KCHD) in October 2014, he and others from the health department were assigned to that community’s Ebola task force. He immediately began working with KCHD staff to help prepare a coordinated operational response plan in the event an Ebola case was identified in Kanawha or Putnam counties.

ACTION TAKEN: As part of the team from KCHD, Roberto prepared recommendations and standard operating procedures for Emergency Medical Services (EMS) on handling suspected Ebola patients. He presented those recommendations during one of the task force’s meetings to an audience of concerned healthcare, EMS, law enforcement, and other professionals. Because of heightened concern from the public about the disease, he provided information to develop releases for the media. Roberto also created internal monitoring protocols and resource packets for workers assigned to monitor returning travelers. He attended various Ebola-related trainings, including trainings on personal protective equipment and traveler monitoring.

“Roberto put in many extra hours to accomplish what needed to be done, and he contributed significantly to our efforts to protect the health of the community during the Ebola response,” says Janet Briscoe, RN, BSN, MBA, epidemiology and threat preparedness director at KCHD and Roberto’s host site supervisor. “The day-to-day duties of public health are not always glamorous, so it takes a truly dedicated employee to find ways to make this more than just a job. Roberto took responsibility in delivering high-quality products on time and setting very high performance goals for himself.”

Janet nominated Roberto for the 2016 Louis Salinas Award, which he was awarded at his class’s graduation ceremony in Atlanta. This top honor is given to one exemplary PHAP associate each year in memory of Louis Salinas, a CDC public health advisor known for his longstanding commitment to public health. 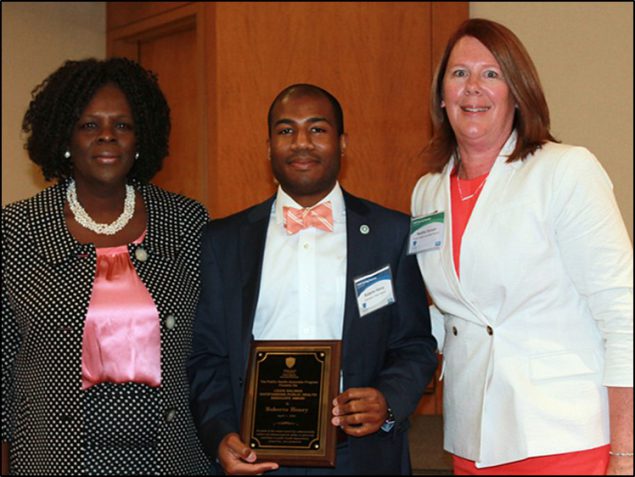 PHAP in the Field: Roberto Henry

Janet was so grateful for Roberto’s hard work that she wrote this on his Salinas Award nomination form: “Roberto’s commitment and determination are evident every day, and his enthusiasm to introduce new ideas and take on additional assignments to promote and improve public health are to be commended and deserve recognition—not just inside our health department—but throughout PHAP. He has supported us in ways that have given us the ability to expand in areas that would not have been possible without his hard work and dedication. His concern for the health of the community has inspired all of us.”

Roberto’s CDC supervisor, Margaret Patterson, public health advisor, agrees with Janet that Roberto is a hard worker. “From the first day he arrived in West Virginia, Roberto had a hunger for public health knowledge and took on a list of things to do.”

Besides his Ebola-related work for KCHD, Roberto also contributed to these local and global activities: 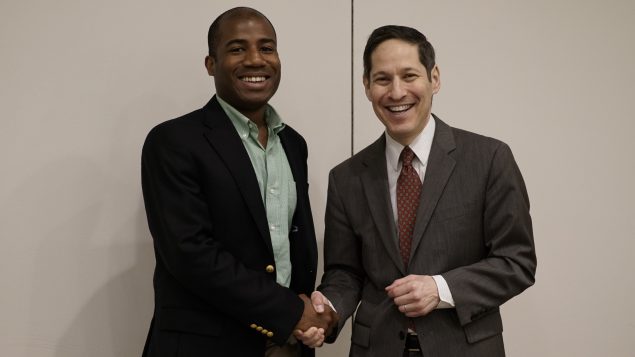 Roberto says that PHAP has given him the tools, skills, and experiences to grow professionally and personally by leaps and bounds. “Joining PHAP was a complete and total leap of faith, but I have never looked back. PHAP has given me an opportunity to build on the public health foundation that I established in graduate school. It put me out of my comfort zone— moving me from Connecticut to West Virginia—and it threw me into real-world, on-the-ground, unglamorous public health work.

“Although there were some difficult moments and a steep learning curve over the past two years, the unconditional support I received from my supervisors, my coworkers, and the program staff set me up for my successes in the program, and I am forever grateful.”