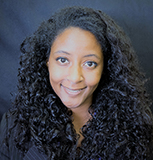 PUBLIC HEALTH CONCERN: Zika virus (Zika) infection during pregnancy can cause a birth defect of the brain called microcephaly and other severe brain defects. In February 2016, Florida Governor Rick Scott declared a public health emergency in four Florida counties that had evidence of travel-associated Zika—Hillsborough, Lee, Miami-Dade, and Santa Rosa. The governor’s executive order required the state health officer to “take any action necessary to protect public health” in the affected counties to reduce populations of the mosquitoes that spread the virus. While Charlotte County had not experienced local transmission, the Florida Department of Health in Charlotte began preparing for the likelihood of local transmission because there were travel-associated cases and large populations of the mosquitoes that can spread viruses in these areas.

ACTION TAKEN: In response to the emergency declaration, PHAP associate Melia Haile took the initiative to focus on strengthening relationships with diverse regional and community partners to improve Charlotte County’s Zika response readiness. Melia facilitated and evaluated a Zika tabletop exercise with more than 50 physicians, airport representatives, elected officials, and hospital CEOs from the federal, state, and local levels. She then drafted a Zika response strategic plan for Charlotte County under the guidance and review of her host site supervisor, Ana Scuteri, disease control prevention and preparedness and health promotions director for the Florida Department of Health. In creating the plan, Melia drew on information and best practices gathered from colleagues in programs such as public health preparedness and mosquito control.

Melia also developed two Zika assessment and screening process flow charts, as well as testing forms for healthcare providers, which led to an improved and more efficient Zika testing policy at the health department. One of the flow charts Melia created helped summarize technical and dense research results and guidance on Zika testing, resulting in a process flow that was easy to understand and reference for healthcare practitioners, such as OB/GYNs, and other hospital and clinic personnel. Both flow charts guided healthcare practitioners in assessing risk and recommended next steps (for example, when to report a case and what tests or samples to request) based on the level of risk.

In collaboration with the Charlotte County health department’s preparedness planner, Melia also helped develop the county’s emergency operations plan, which guides Zika-related testing and screening activities. The plan synthesized data and policies based on the results of the tabletop exercise, guidance from the state and CDC, best practices, testing forms, and health education materials. 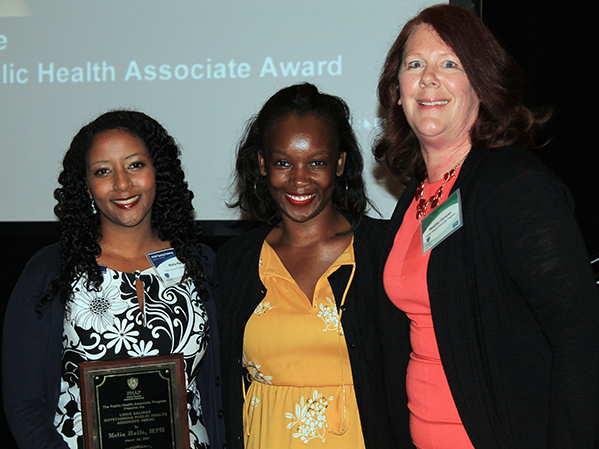 “I was able to be the public health ambassador for Zika—talking to community groups, nurses, nonprofits, and more,” says Melia. “Being stationed in Florida, I had the unique opportunity to see emergency operations at work. We are one of only two states to have locally acquired Zika, and we have additional risk of Zika infections because mosquitoes are active here year-round.”

Melia was born and raised in Atlanta, so moving to the small town of Port Charlotte was a big change for her. “Where I am now is very different from Atlanta—slower, smaller. But, being placed at a small health department has given me amazing opportunities,” she says. “We have to host major events and implement initiatives with a very small budget, but it’s incredible how much we accomplish. One of the most valuable skills I’ve learned is to initiate change using a limited budget.”

Public Health Preparedness—Melia assisted public health preparedness by expanding outreach capacity, building community partnerships, and increasing stakeholder engagement. She identified gaps in the department’s ability to operate and staff a special medical needs shelter (SpNS) as mandated by state law, and she helped create the SpNS staff training program—a multipronged overhaul of disaster preparedness procedures for shelter staff. As a result, the program is now a quality improvement project and will be presented at the next Governor’s Hurricane Conference as an evidence-based best practice for the state.

Infectious Diseases—As Melia investigated hundreds of infectious disease cases in Charlotte County, she began to notice exponential rates of viral hepatitis. She did some research and identified steps patients can take to prevent transmission (e.g., harm reduction, condom use) and incorporated that information into a health education initiative. Melia then identified hundreds of people who were positive for viral hepatitis and linked most of them to care and to the health department’s low-cost hepatitis A and B immunizations program.

Shannon White, Melia’s CDC supervisor, says, “Melia’s enthusiasm and positivity are infectious! She uses those qualities, along with her strong work ethic, to build relationships and contribute not only to her host site, but also to public health improvement overall.”

“Melia continuously fosters collaboration, cost savings, and innovative ideas,” according to Ana. “Melia is the epitome of everything PHAP represents. She facilitated innovative changes, performed multidisciplinary teamwork, and increased enthusiasm in the department. Her dedication is exemplified by her ideas for quality improvement, determination to investigate infectious disease cases, and analysis of health data and trends to identify areas for improvement and, subsequently, cost savings.”

Melia’s advice to incoming PHAP associates is to be flexible. “Early on in the program, the importance of being flexible was stressed by PHAP staff,” says Melia. “I found that being adaptable is absolutely integral to succeeding in PHAP and in public health in general. If you come to the program with a positive attitude and a commitment to hard work, people will respond to that. I also recommend seeking mentors and developing relationships with colleagues—this will open doors and give you a more fulfilling PHAP experience.”