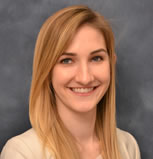 PUBLIC HEALTH CONCERN: Vaccinations have minimized or eliminated diseases that were once lethal or harmful to large numbers of people in the United States, including measles, tetanus, and polio. Immunization is the best protection against these diseases, and vaccination is one of the most cost-effective and successful public health interventions. Each year, vaccines save the lives of an estimated 6−9 million people worldwide, including 3 million children.1 So, when Oregon posted the nation’s highest rates of nonmedical vaccination exemptions among kindergartners during 2012–2014—with Multnomah County among the highest in the state—staff at the Multnomah County Health Department (MCHD) became concerned about the possibility of an outbreak. And, exemptions for children in daycare settings were even higher—1 in 10 Multnomah County children had a nonmedical vaccination exemption.2

ACTION TAKEN: Shortly after arriving at her host site in Multnomah County, PHAP associate Kelly Howard reconvened the Vaccine Hesitancy Strategic Planning Group, a coalition of state and county health department representatives who meet quarterly to discuss increased vaccine acceptance and uptake. She also began tracking and evaluating annual school immunization reports to ensure the integrity of county and state immunization data. Because the immunization review process can be challenging for childcare providers and administrators—many of whom don’t have prior experience with immunization record review—reports can be late and data can be inaccurate, all of which undermine recordkeeping efforts for outbreak preparedness.

To address these challenges, Kelly designed and developed eight online instructional videos to train school staff on the immunization law review process and to help make immunization data collection and reporting more efficient. Next, she analyzed the resulting school vaccine coverage and exemption data to inform strategic planning for immunization coverage. She then began collaborating with MCHD health officers to arrange outreach visits to some of the highest exempting schools in the county to provide information and education on immunizations. Finally, because of Kelly’s familiarity with school immunization law, data analysis, and measles in particular, she was recruited to coordinate creation of a measles toolkit. The toolkit project was started by former Council of State and Territorial Epidemiologists Fellow Maayan Simckes, who mentored Kelly initially then handed off the project to Kelly to oversee completion.

RESULTS: Kelly’s hard work culminated in the creation of the Quad-County Measles Protocol and ToolkitExternal. This toolkit clarified roles and responsibilities for public health responders and school officials at each step of a measles response, including promoting regional consistency across jurisdictions for a local measles outbreak response, ensuring a realistic protocol by partnering with schools, and establishing new working relationships by creating cross-organizational work groups.

SHARING THE RESULTS: After completing the measles toolkit, Kelly coordinated her host site’s application for the 2016 National Association of County and City Health Officials (NACCHO) Public Health 2016 Model Practices Award—and they won! Kelly and her host site supervisor, Dr. Amy Sullivan, MCHD’s Director of Communicable Disease Services, received the awardExternal at NACCHO’s annual conference in July. The communicable disease team already has begun to use the toolkit as a model for developing a whooping cough protocol.

PHAP in the Field: Kelly Howard

“Kelly has the rare gift of combining excellent project management and personal skills with strong technical ability,” says Amy. “Her ability to explain complicated ideas to a diverse audience and her outstanding project management skills really kicked into high gear as the measles toolkit materials were being finalized, and as she worked on sharing the process through both the NACCHO Model Practice award submission and a manuscript on the toolkit being submitted for publication.”

“Throughout my PHAP experience, I have been encouraged to challenge myself and build new skills in public health programs,” says Kelly. “And, as I gained more experience, my host site and CDC supervisors responded with suggestions and opportunities for professional growth, such as formal presentations, outbreak investigations, and emergency response details.”

While at MCHD, Kelly was deployed to these emergency response details—

“It was an incredible experience to liaise with each task force in the response and gain a wide scope of the response activities,” Kelly says about her experience at CDC’s Zika EOC. “Through these diverse opportunities, I discovered a new interest within public health—emergency preparedness and response—which has led me to the next step in my public health career.” After graduation, Kelly will convert to a public health advisor position for CDC’s Office of Public Health Preparedness and Response, Division of State and Local Readiness, Field Services Branch, to work as a preparedness field assignee at the Arizona Department of Health Services in Phoenix.

“Kelly has really embraced the opportunities that have arisen during her PHAP tenure, and I look forward to seeing where her career takes her from here,” says Heidi Davidson, CDC PHAP supervisor.

“PHAP has given me a wide range of applied experience in public health that is rare for a recent college graduate,” says Kelly. “I am very appreciative for the variation built into the PHAP curriculum, because it gave me exposure to a wide array of public health programs and helped me build skills that will be important to any career in public health or service in my future.”