How to Use Ignoring 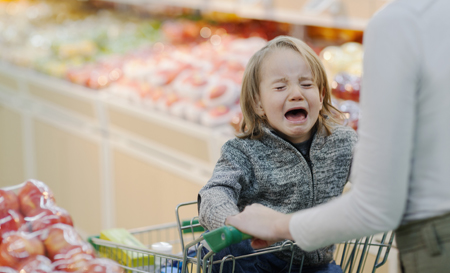 Why Should I Ignore My Child’s Misbehavior?

Ignoring can help you reduce your child’s misbehavior. Remember that children love attention. Negative attention like screaming or yelling can be rewarding to a child. This is true especially if you were not paying attention to your child before the misbehavior started. By giving your child attention during tantrums, you may accidentally reward the behavior and increase the chance it will happen again. When you ignore some misbehaviors, you can make it less likely your child will do the behavior again.

What Misbehaviors Should I Ignore?

Ignoring is usually most effective for behaviors like whining, crying when nothing is physically wrong or hurting, and tantrums. These misbehaviors are often done for attention. If parents, friends, family, or other caregivers consistently ignore these behaviors, they will eventually stop.

Your child may also misbehave in ways that are not meant for attention and put him in danger. Dangerous and destructive behaviors should not be ignored. For example, if your child is hurting herself, hurting others, or destroying objects, she should not be ignored. These misbehaviors should be stopped immediately. Other discipline and consequences such as time-out should be used. Click here for more information on other discipline and consequences and time-out.

Check out Quick Tips and Answers from Experts for more info about using ignoring!

Click through the links below to watch videos and practice your skills for using discipline and consequences.