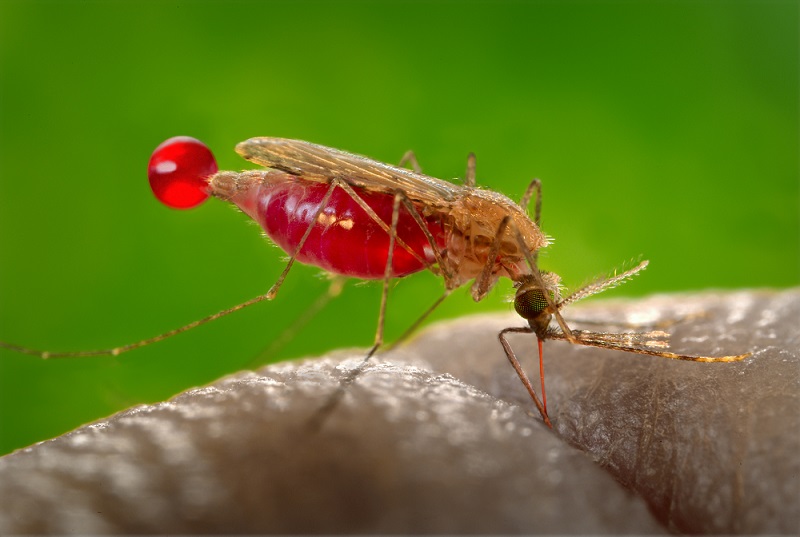 In the ongoing fight against debilitating or disfiguring—and often deadly—diseases like malaria, lymphatic filariasis, dengue, chikungunya, and Zika, the mosquito remains our principal adversary, and it has long been considered the world’s deadliest animal. In recognition of World Mosquito Day 2021, we call attention to this formidable foe and highlight some of CDC’s efforts to control the species that spread devastating diseases. Seen here is a female mosquito of the species Anopheles gambiae taking a blood meal. This species, among others, is a known vector (an insect or animal that spreads disease) for the parasitic disease malaria, which causes more than 400,000 deaths every year, mostly among young children in Africa. Credit: CDC-PHIL 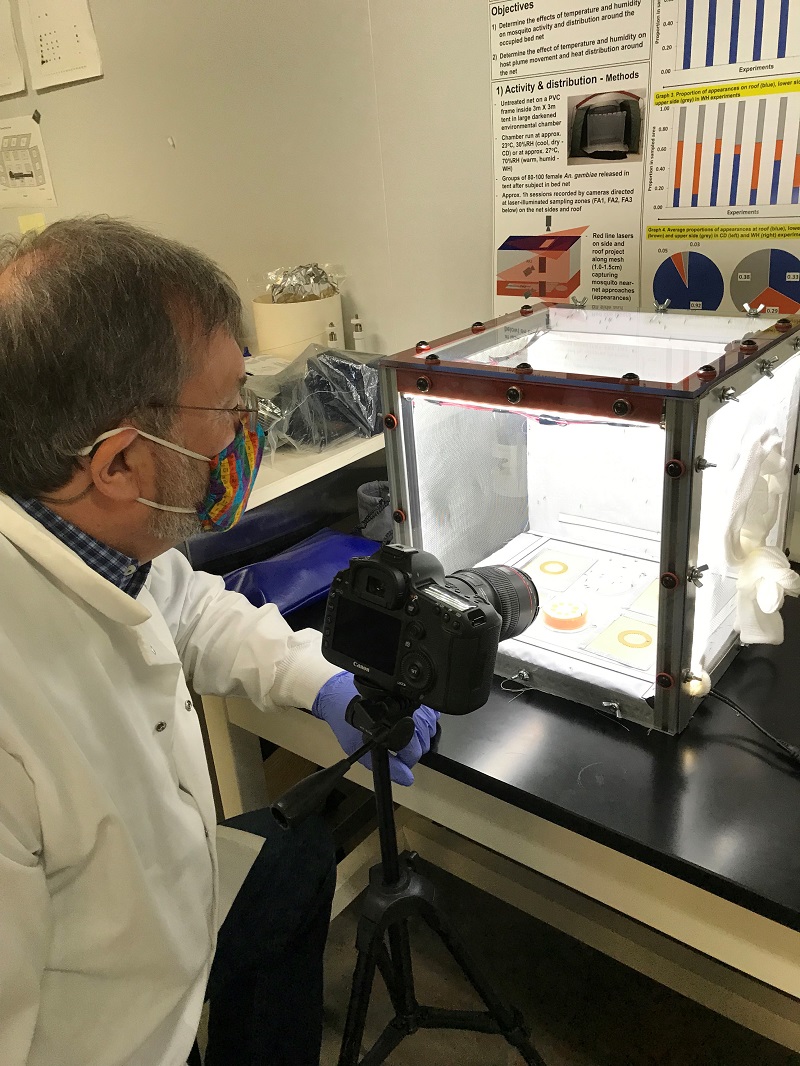 CDC operates a state-of-the-art insectary in Atlanta, Georgia, that maintains colonies of mosquitoes that can spread malaria and other diseases. The mosquitoes are collected from areas of the world where these diseases are or can be transmitted. The mosquitoes are raised in climate-controlled areas that are equipped with additional rooms for secure containment of infected vectors. They are used to conduct research on how diseases are transmitted and better how the vectors of those diseases behave and can be controlled. In this photo, a CDC researcher sets up to test mosquito responses to different membranes and compounds for attractive targeted sugar baits (ATSBs). Credit: CDC 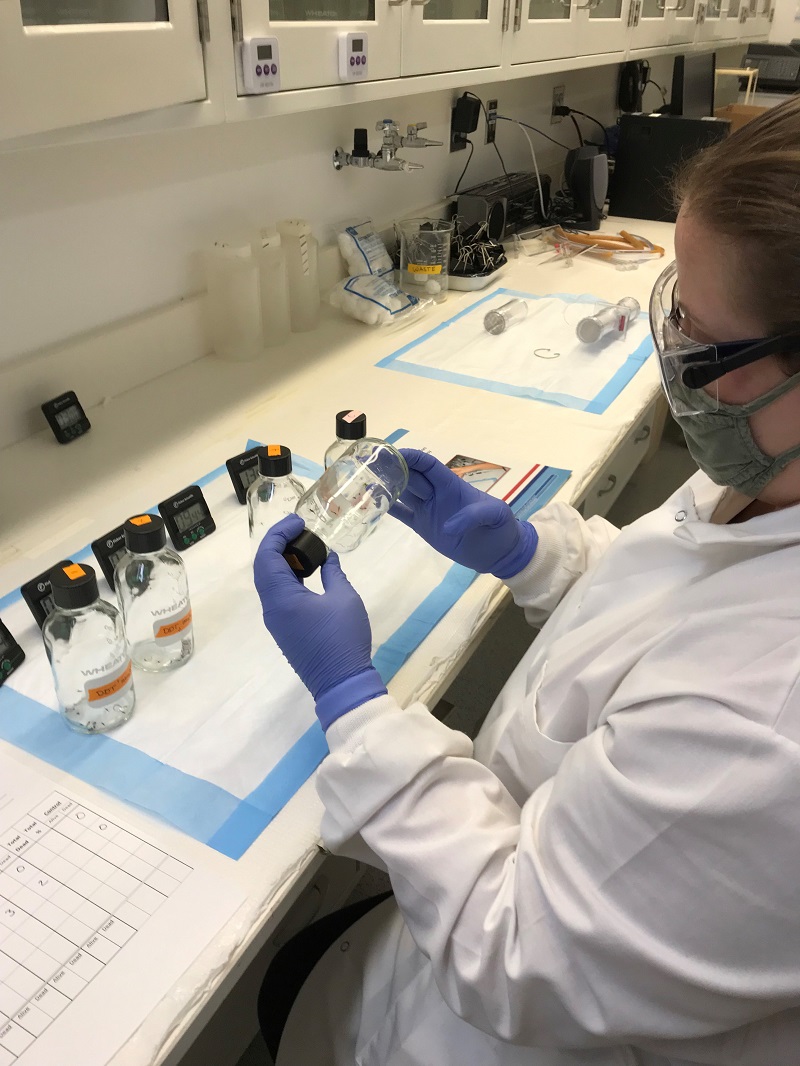 CDC developed a bottle bioassay to determine if mosquitoes are developing resistance to the insecticides used in treated bed nets or other products used to kill insects that may spread disease. The results of this simple, fast, and economical test can help guide the choice of insecticides that are used to control important disease vectors. CDC provides materials for the test to both U.S. and international programs free of charge and provides training in multiple languages about how to use the bottle bioassay. Credit: CDC 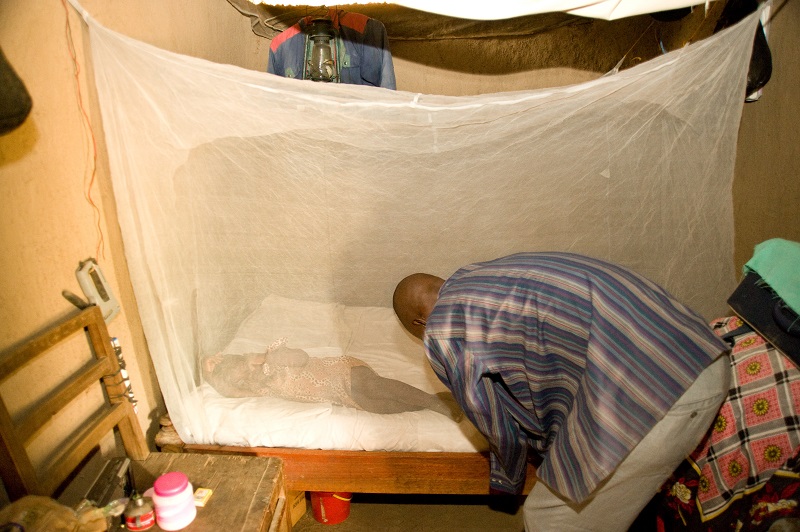 CDC co-implements the U.S. President’s Malaria Initiative (PMI)external icon with the U.S. Agency for International Development (USAID), to help curtail the burden of malaria in 27 countriesexternal icon around the world. One of the longstanding interventions to protect people from malaria-transmitting mosquitoes is the distribution of insecticide-treated bed nets. Globally, since 2000, more than 7 million lives have been saved by the massive scale up of malaria prevention and treatment interventions, of which insecticide-treated bed nets are a cornerstone. This photo shows a child sleeping under a bed net after a net distribution campaign with partners in Kenya. Credit: D. Snyder/CDC Foundation 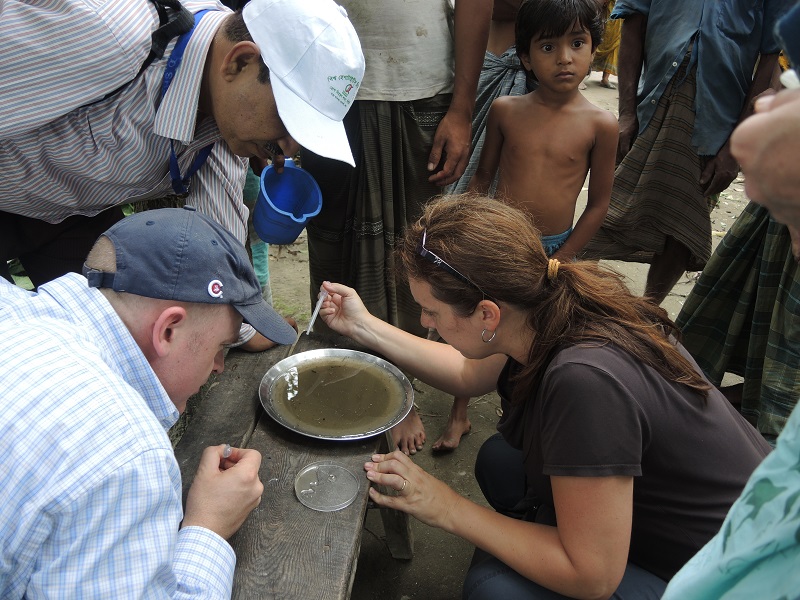 CDC works around the world to help train partners to identify areas where disease-carrying mosquitoes may breed and thrive. Lymphatic filariasis (LF) , more commonly known as elephantiasis, is a disfiguring mosquito-borne illness spread by mosquitoes of the Anopheles, Culex, Aedes, and Mansonia species. In this photo, CDC entomologists work with Bangladeshi entomologists in 2015 to detect Culex mosquito larvae as part of an LF monitoring project in northern Bangladesh. Credit: CDC 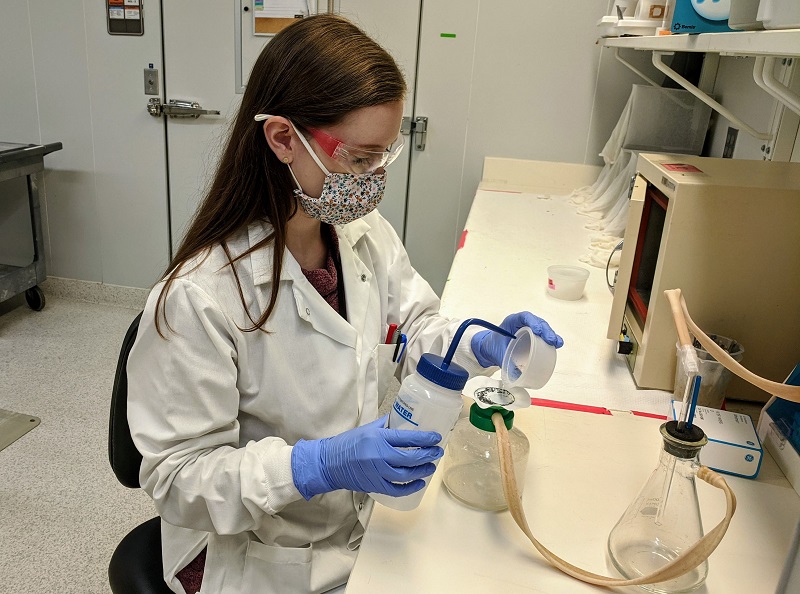 CDC plays a vital role in the Malaria Research and Reference Reagent Resource Center (MR4)external icon to provide materials to qualified MR4 users for research purposes. These materials include approximately 60 species of mosquitoes that are maintained in reference colonies at CDC, along with preserved material, genomic DNA, and information to help others identify different species of mosquitoes. CDC also donates to MR4 Plasmodium parasites that cause malaria. Together, these constitute an unmatched biological resource, facilitating continued research and providing reference material to private, government, and academic researchers around the world. Credit: CDC 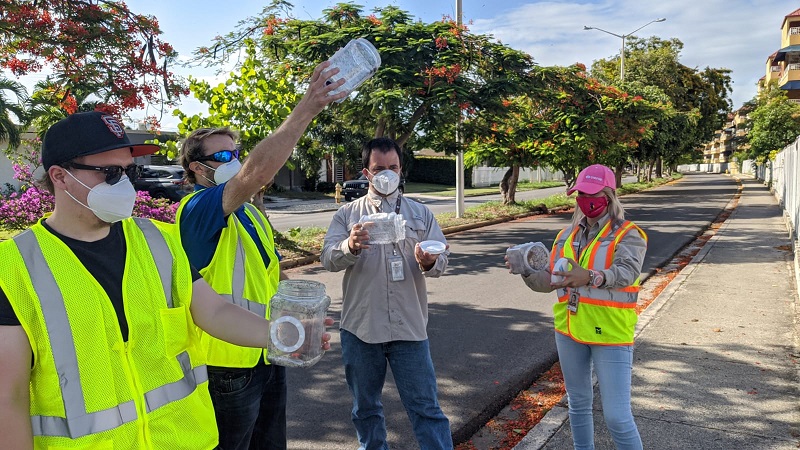 Dengue viruses are spread to people through the bite of an infected Aedes species (Ae. aegypti or Ae. albopictus) mosquito. Dengue is common in more than 100 countries around the world. Forty percent of the world’s population, about 3 billion people, live in areas with a risk of dengue. Dengue is often a leading cause of illness in areas with risk. Mosquito control professionals need more tools to control Aedes mosquitoes. In Puerto Rico, the Puerto Rico Vector Control Unit is working with the Communities Organized to Prevent Arboviruses (COPA) project in Ponce to determine whether mosquitoes with Wolbachia reduce the numbers of Ae. aegypti mosquitoes, which spread dengue, chikungunya, and Zika. Credit: Puerto Rico Vector Control Unit