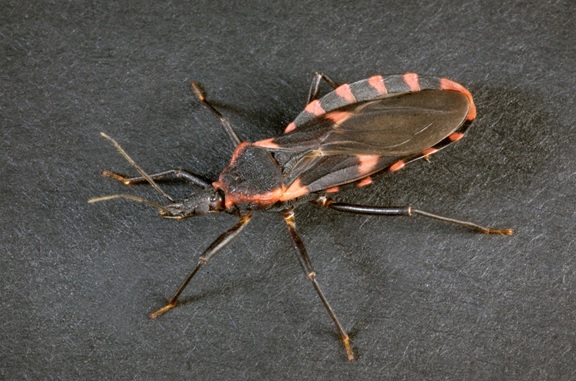 Triatoma sanguisuga, one of the species of triatomine bugs (or “kissing bugs”) that can transmit the parasite that causes Chagas disease.

A baby boy was born in the United States in August 2010 with complications that initially puzzled his doctors. He had too much fluid in his abdomen, lungs, and around his heart, as well as too much bilirubin in his blood. When his mother told her doctors that she had been diagnosed with Chagas disease—a rarely seen parasitic disease transmitted by triatomine bugs (or “kissing bugs”)—CDC laboratory tests confirmed the baby had the parasite that causes Chagas disease, too. Doctors quickly started the boy on treatment and within 10 months, he was cured.

Though unusual, this boy’s case is hardly one of a kind. The World Health Organization estimates 6–7 million people worldwide have Chagas disease and as many as 10,000 die from the disease each year. In the United States, approximately 300,000 people have Chagas disease.

World Chagas Disease Day is observed every year on April 14 to boost awareness of Chagas disease which, if left untreated, can cause heart failure, stroke, and even death. The key to preventing these outcomes is educating healthcare providers so they can make the correct diagnoses and give life-saving treatments.

In the United States, there are two treatments for Chagas disease: benznidazole, which is commercially available, and an investigational drug, nifurtimox, which is available from CDC.

Today, approximately 40,000 women of childbearing age living in the United States have chronic Chagas disease and most are unaware that they have an infection that can be passed to their childrenexternal icon. Around 300 babies are born with Chagas disease every year and most are undiagnosed. If these babies are not diagnosed and treated, about one-third will develop potentially fatal disease. However, combining maternal screening with infant testing and treatment could significantly reduce Chagas disease among babies born in the United States and reduce costs to society.

Screening infants of at-risk mothers for Chagas disease could save lives. Benznidazole almost always cures babies of the disease. In addition, it could save the nation more than $1,300 per birth over a lifetimeexternal icon.

Partners in the Field

Most people with Chagas disease don’t have symptoms. They often are not diagnosed until adulthood when the disease reaches its late stages. Therefore, it is important that healthcare providers recognize their patients who might be at risk. CDC is working to ensure physicians and nurses have resources available to help them identify and treat patients with Chagas disease. 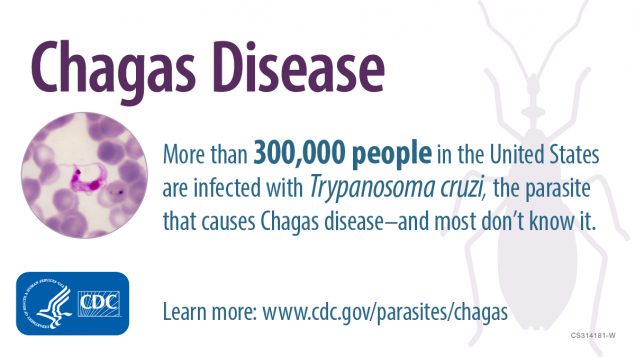 CDC has been working with partners since 2015 to improve healthcare provider awareness of neglected parasitic infections in the United States, including Chagas disease.

Over the past five years, these partners have developed new strategies, educational tools, materials, and guidelines to improve awareness and prevention of Chagas disease. Collectively, these efforts have reached more than 9,200 healthcare providers nationwide.

In addition to work being done alongside its university partners, CDC continues to help raise awareness and improve control of Chagas disease through continuing medical education materials and patient and provider educational information. CDC also provides:

Today, CDC joins partners around the world in raising awareness about Chagas disease. 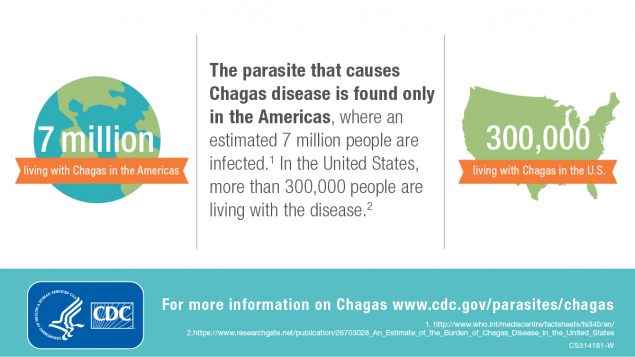