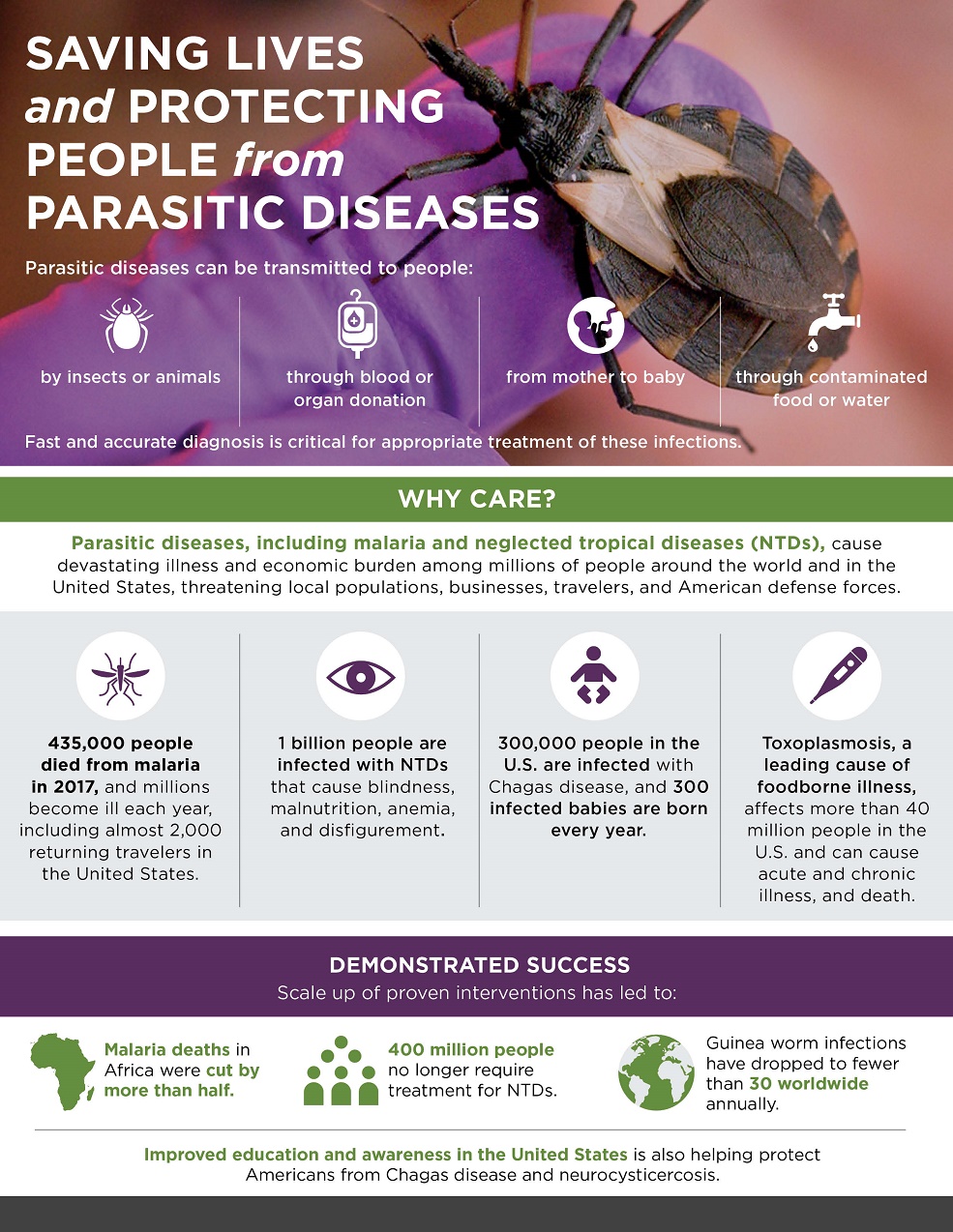 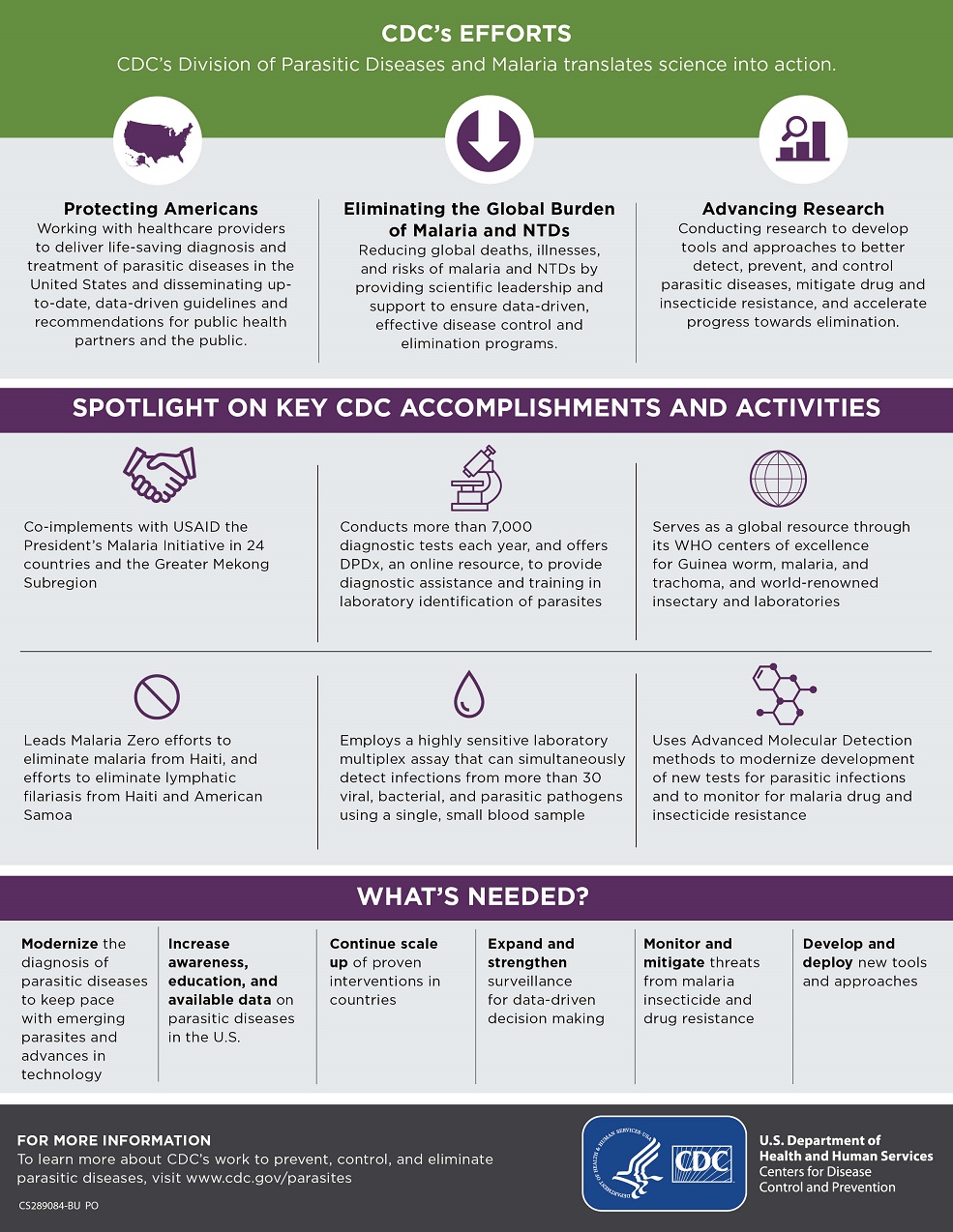 Parasitic diseases can be transmitted to people:

Fast and accurate diagnosis is critical for appropriate treatment of these infections.

Parasitic diseases, including malaria and neglected tropical diseases (NTDs), cause devastating illness and economic burden among millions of people around the world and in theUnited States, threatening local populations, businesses, travelers, and American defense forces.

Scale up of proven interventions has led to:

Improved education and awareness in the United States is also helping protect Americans from Chagas disease and neurocysticercosis.