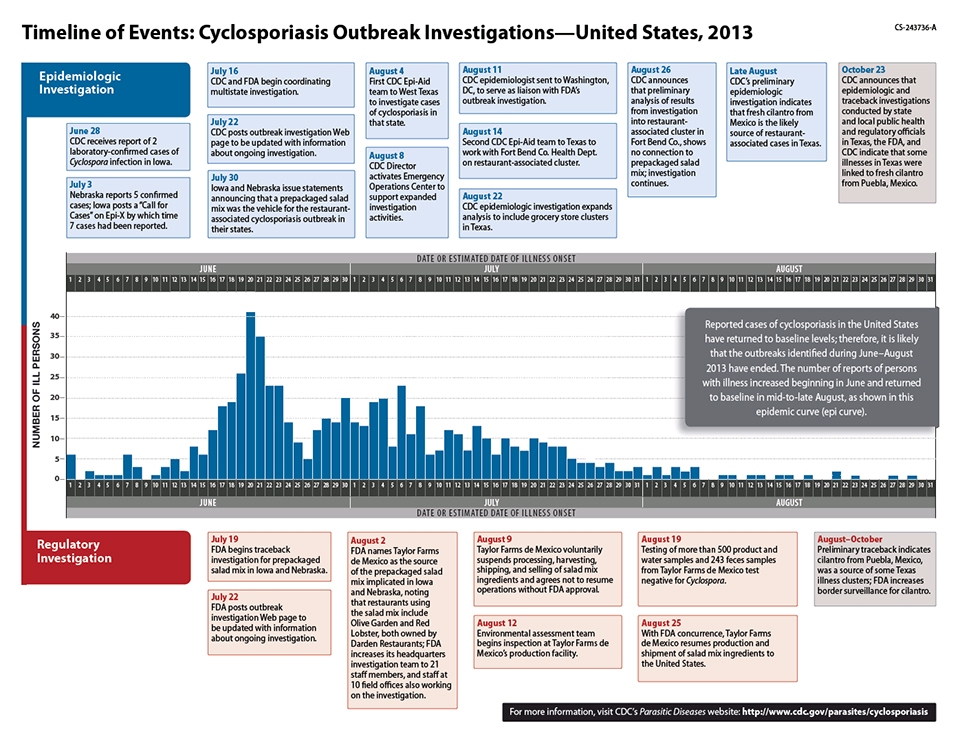 July 3: Nebraska reports 5 confirmed cases; Iowa posts a “Call for Cases” on Epi-X by which time 7 cases had been reported.

August 2: FDA names Taylor Farms de Mexico as the source of the prepackaged salad mix implicated in Iowa and Nebraska, noting that restaurants using the salad mix include Olive Garden and Red Lobster, both owned by Darden Restaurants; FDA increases its headquarters investigation team to 21 staff members, and staff at 10 field offices also working on the investigation.

August 4: First CDC Epi-Aid team to West Texas to investigate cases of cyclosporiasis in that state.

October 23: CDC announces that epidemiologic and traceback investigations conducted by state and local public health and regulatory officials in Texas, the FDA, and CDC indicate that some illnesses in Texas were linked to fresh cilantro grown in Puebla, Mexico.